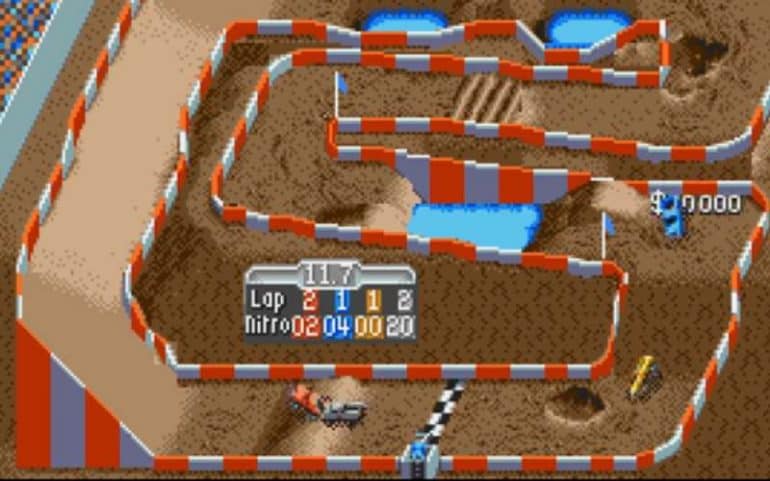 Once upon a time the Neo Geo didn’t just have fighting games on it.

The lineup of games coming out on the Neo Geo was quite varied in the early days and Thrash Rally was the only true top down racing game to grace the console.

You got to choose from various vehicles, and you had to race against the clock to win each stage of a global rally.

The game was fun and had lots of jumps and hazards as neat touches like birds and helicopters flying over you and tons of others cars and trucks to overtake which were there to hamper you on every turn and they did as you tried to reach the checkpoint.

This top down racing game is so much fun and the settings are unique for the game letting you race around school desks, bathtubs and our favourite the Breakfast table.

You even got to use Monster Trucks in the bonus stage and the tank levels were great fun as you got to shoot the other players.