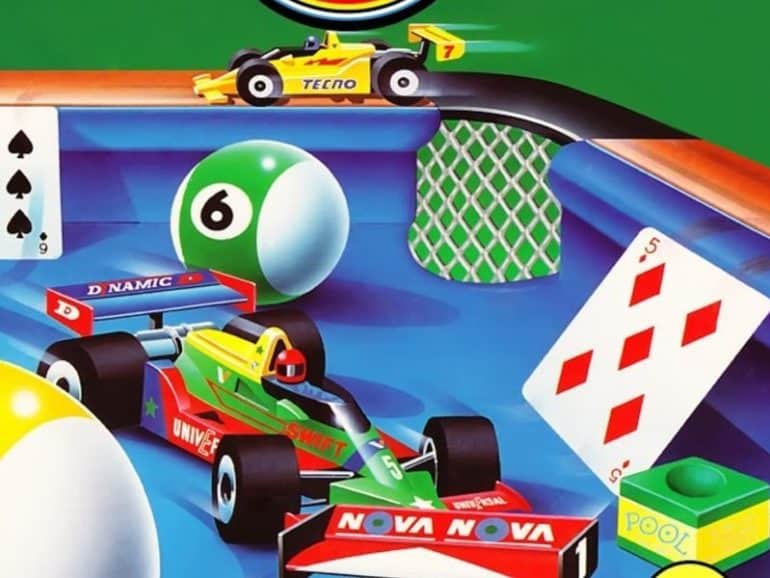 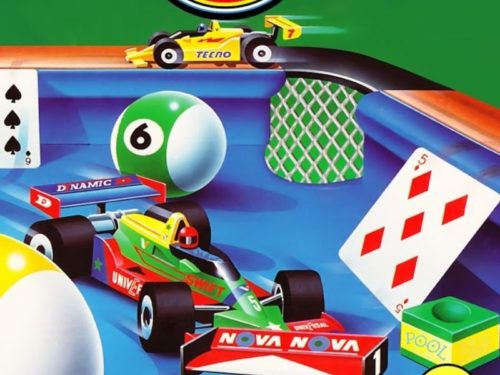 Micro Machines is a top down racing game that puts you in control of a whole host of different and pint-sized vehicles across various courses.

The game is based on the insanely popular Micro Machines toy range from Galoob which permeated everything back in the day from shop shelves to thwarting Marv in Home Alone.

Micro Machines were part of growing up for many kids in the 80’s and 90’s and a game based on the tiny vehicles was a must for any fan and was jolly good fun too.

Micro Machines starts off by letting you pick your character, there’s quite a few and your job is to eliminate them from future racers by beating them.

Nothing new there for sure, many games do this.

However, it’s the setting and vibe this game gives that will transport you and your imagination back to breakfast table antics of eating your cereal and pushing around a car or floating a boat in the bath like all kids did back then.

The thing is, most racing games of the time were attempting realism and whilst at the time these things did actually look the part they really don’t nowadays.

Micro Machines was set in fictitious locales but ones that were familiar and fun.

Racing powerboats around the bathtub whilst avoiding bubbles and whirlpools…check.

Or how about racing Formula 1 cars around a snooker table whilst shunting your opponents into the pockets to slow their progress and ensure your own victory…check.

There was so much variety in the game that its hard not to like it from the get-go.

Variety is the spice of life

The variety not only in the courses but in the vehicles is what sets it apart as well.

Sports cars on school desks, helicopters in the garden and battle tanks that whilst slow let you shoot your three opponents and take beat them to the finish line.

The game has it all and it just compels you to play it again.

Two player is fun but beating your opponent sitting next to you is a simple affair, race further up the screen and you get the point, best of three and you win.

Simple and effective but it’s the single player mode that is so much fun.

Graphically, its basic but at the same time vibrant and sweet.

It looks the part and still does today, I think more so than later versions on the Playstation which had 3D graphics but haven’t stood the test of time as well as this 2D version does.

Another nice touch is that every time you complete a race you get to put the vehicle you used in a trophy slot so it’s like collecting Micro Machines just like you did as a kid.

Is Micro Machines worth getting today?

The sheer childhood joy of secretly creating a ramp out of schoolbooks and subtly driving it around with your pal next to you whilst the teacher isn’t looking is encapsulated here and is well worth picking up today and adding it your collection, if you haven’t already.

It’s great and the good news is you can pick it up for peanuts today.

Micro Machines (1993) Megadrive Retro Review
Is it worth playing again?
Micro Machines is a great game and one worth going back to. Its cheap as chips to pick up as well so if you don't have it you should go and get it now!
Graphics
60
Sound
60
Gameplay
90
Classic Factor
85
Reader Rating5 Votes
92
Good Bits
So addictive
The Tank level is great fun
Bad Bits
Looks a bit basic
Two player mode is not as much fun as a solo play
74
Retroheadz Score