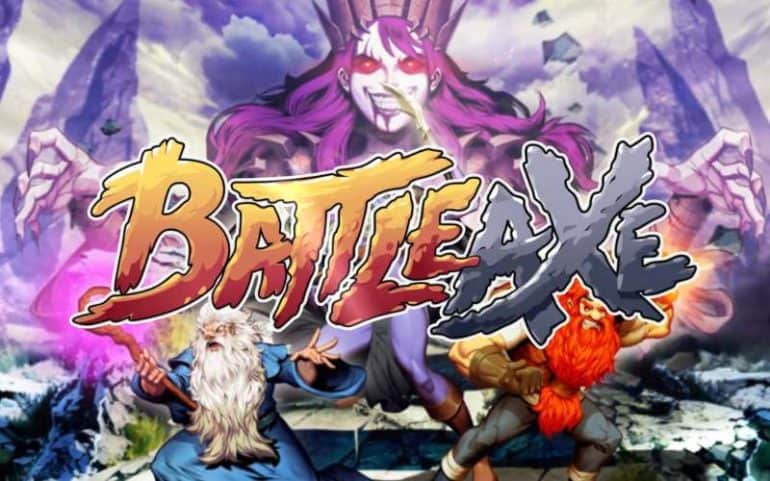 Battle Axe, a new pixel art laden top down hack and slash game is on its way to Xbox One, PS4, Switch and PC.

The game is heavily influence by classics including Golden Axe and Gauntlet is still on Kickstarter but has already been picked up by publisher Numskull Games.

The arcade adventure game features stunning pixel art graphics and animation throughout that looks like a cross between something that would have been quite at home on the Sega Saturn, Neo Geo or the Gameboy Advance.

Check out the exclusive pics we’ve been sent and see for yourself.

Battle Axe has three characters to choose from and can be played solo or with a friend.

Your character can also be levelled up as you score more points too and you can rescue villagers and collect other goodies along the way to aid your quest too.

The game is made by the same people who made made the recent Neo Geo, Dreamcast and Mega Drive game Xeno Crisis.

Music is by Capcom legend Maname Matsumae who made tracks on classic CPS 1 games like Area 88, Final Fight and Mercs.

Battle Axe will be getting physical releases on Nintendo Switch and PS4 and will also be available digitally on Xbox One, PC, Mac and even Linux and is due out in January 2021.

The Kickstarter is still going if you want to read more about the game, its developement or want to help fund it through its stretch goals then head on over to the page here and check it out.