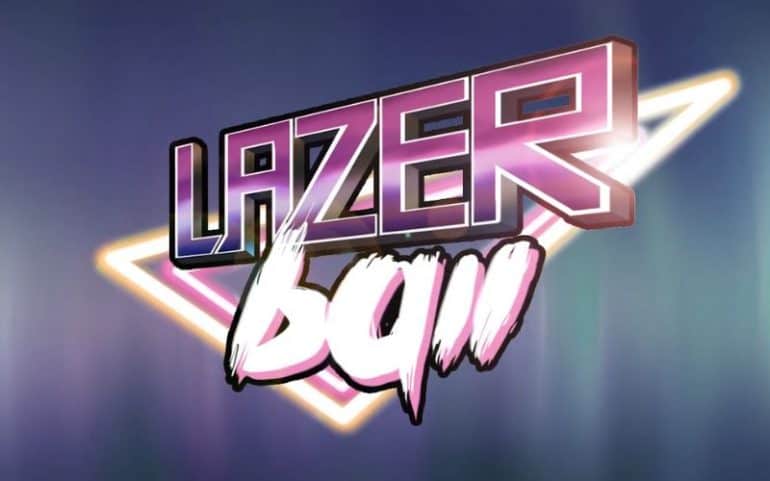 Lazerball is a new 2D dodgeball based multiplayer fighting game coming out on Steam.

The game created by ICY Games takes the similar play mechanics of popular titles like Super Smash Bros. and adds an extra strategic element to the fast paced matches with the dodgeball element.

Lazerball has six characters to choose from, each has their own signature power moves, it has a simple and easy to use control system so even your Nan can get to grips with it.

The developers held a competition with Rave artists in the UK to come up with the soundtrack for the game so you can expect Drum and Bass, Happy Hardcore, Bouncy Techno and Makina which you can choose to have played by real world DJ’s such as DJ Pursuit and DJ Elmo along with the in-game Professor Pick ‘N Mix.

This adds an extra element of fun at the character select screen and we can imagine groups of friends arguing about which music to select whilst the beers are flowing.

On top of the sound there is an in-game commentator who reacts to the action on screen which adds another dimension of fun, especially when he’s goading although you can turn it off if you want to but with around 200 different phrases and comments it should always be mixed up nicely.

As its a fighting game you will need a controller.

It’s a local multiplayer game with up to 8 players so it’s a proper social game so is a good excuse to get your mates over for a takeaway and drinks and have a blast with it. On the flipside you can utilise the Steam Remote Play Together option if required, you only need one copy of the game to play this way too.

All in all if you are looking for a reason to get you and your mates together Lazerball should be a great game to facilitate exactly those retro banter infused gaming sessions of yore!