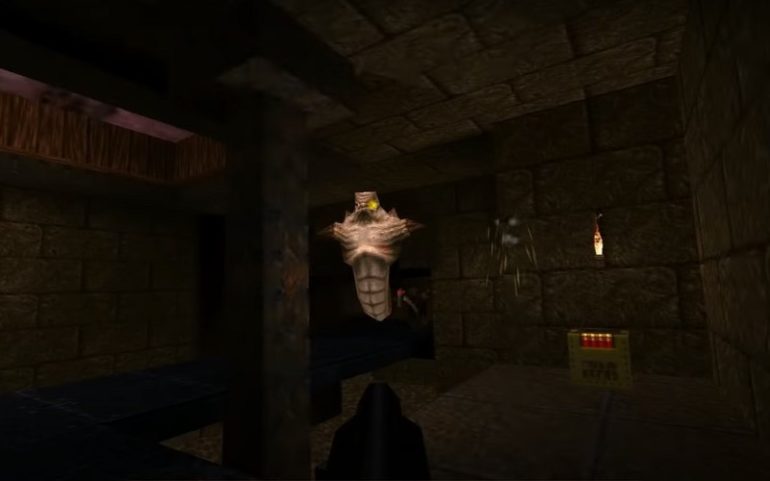 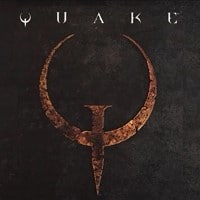 There are few games in the history of gaming that changed the scene as much as Quake did.

Whilst there had been some notable first-person shooters already on the market Quake took things a step further.

With it’s revolutionary graphics to its incredible multiplayer options it took the market by storm when it came out.

Quake was released by id Software and GT Interactive in 1996.

What Was Quake All About?

Quake saw the main character Ranger having to navigate through a number of gothic-inspired levels.

You had to work out a number of puzzles in order to open doors and new areas.

Of course, you were not alone in these areas as you were under constant attack from the death squads sent by the villain Quake.

Quake had infiltrated the military’s new teleportation device to enter our dimension.

The waves of enemies are known as Spawn, who are also known as Formless Spawn of Tsathoggua.

Each level takes place in a different overrun military base that you have to free from the death squads.

At the end of each area is a rune and once you have all the runes you can stop the invasion of Earth by Quake – also known as Shub-Niggurath.

The themes in Quake are massively influenced by the writing of H.P Lovecraft and the levels are all based on typical gothic horror tropes.

The dungeons and corridors are lined with pentagrams and flaming skulls, much like its predecessor Doom.

The entire game is really dark, both in theme and actual light.

At times it feels like you’re really fumbling in the dark which adds to the horror edge.

Stand Up And Tech Notice

The thing that stood out the most about Quake was the revolutionary 3d graphics engine.

It was the first 3D Engine of it’s kind as it performed real-time 3D rendering.

This meant that the levels were way more immersive than previous games.

It also allowed for much faster multiplayer interaction which was the real game-changer.

The Future Is Now

Friends would meet up and link their PCs to play each other which was excellent fun but you could also play strangers on the internet.

Back in 1996 that was still a completely mental concept and the Quake Engine made it possible.

It may have dropped out every now and then but it was way more stable than anything that had come before.

The later Quakeworld update made this even more stable and the gaming world changed forever.

Whilst Doom had brought us Deathmatches, Quake made them way faster and more exciting.

This paved the way for multiplayer games like Call of Duty or Fortnite to be what they are today.

Sharp As A Tack

Another element that made Quake so legendary was the sound design.

id In their infinite wisdom decided to get Industrial Metal’s golden boy Trent Reznor to do the sound.

This gave the whole game a dark industrial feel that complimented the theme perfectly.

The ambient music was laced with weird noises that really freaked you out.

From long drone sounds to really quiet women’s crying it was amplified in 3D sound.

They went one step further by even including loot crates with the Nine Inch Nails logo on them.

Trent Reznor even did the voice of Ranger.

Is Quake Worth Playing Today?

The gameplay still holds up well and is surprisingly smooth even by modern standards.

Obviously the graphics look dated but actually look much the same as you might remember them.

Whilst revisiting some old games you are struck with how bad they look, leading to quotes of remembering them looking way better.

Quake has aged well enough that it looks just as good now as we thought it did then which is incredible.

The sound design still freaks you out as well so all in all it’s aged very well.

We say go for it, it’s every bit as enjoyable as when it was released and maintains a massive nostalgia hit at the same time.

Quake (1996) – PC Retro Review
Is it worth playing again?
Absolutely, in fact, we think you'll be surprised by how well it's aged. If you want to relive the turning point in online First Person Shooters then this is where to do it.
Graphics
88
Sound
90
Gameplay
88
Classic Factor
95
Reader Rating3 Votes
91
Good Bits
Smooth Gameplay
Atmospheric Soundtrack
Bad Bits
Slightly dated sound effects
Still creepy
90
Retroheadz Score