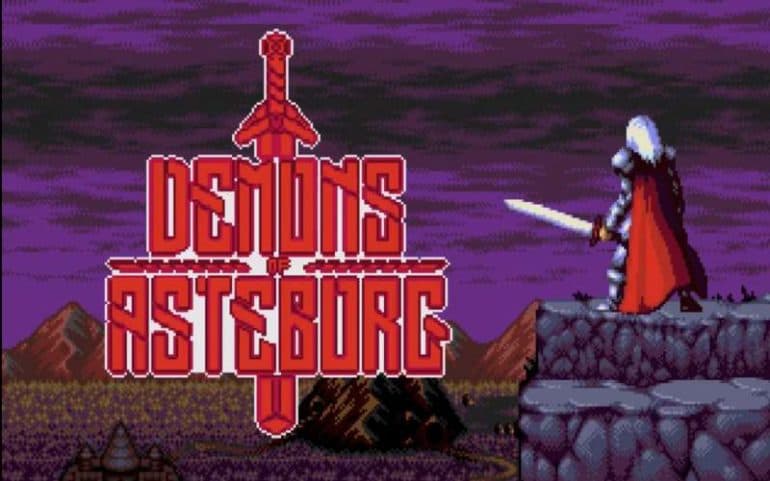 A brand new Sega Mega Drive game called Demons of Asteborg is on its way and it looks awesome.

Demons of Asteborg is a platform adventure in a similar vein to Castlevania or Metroid with the nail biting game play of Ghouls and Ghosts.

What’s Demons Of Asteborg About?

You play a Knight called Gareth who has to take on and defeat the hordes of Demons who have been unleashed on the Kingdom by the evil Zadimus and fight over eight levels from villages to Hell itself.

The sound is crisp and clear and shows the 32 year old console still has some tricks up its sleeve.

In fact here’s the latest demo for you to see and hear it in action yourself.

Where Can you Buy The Game?

The game from French tech company NEO Fid Technology is now available for pre-order with the game expected to be shipping at the end of 2020.

You can head on over to their dedicated site shop for the game and see the different options that are available here.

On top of Demons of Asteborg being available for the Mega Drive it’s also coming out on Nintendo Switch and will also be available on PC via Steam.

What do you think of Demons of Asteborg? Let everyone know in the comments below?