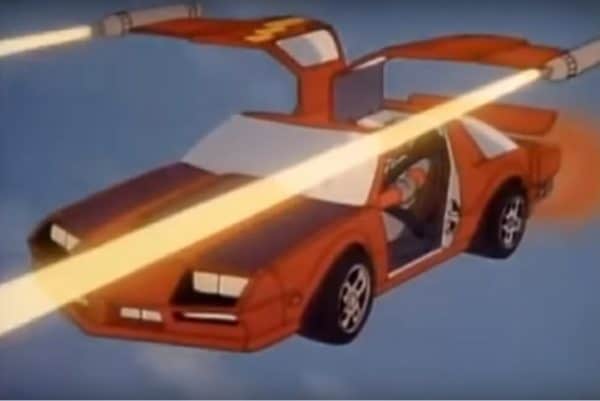 M.A.S.K was full of cool vehicles but the Thunderhawk was the one that really captured our imaginations.

Driven or maybe piloted by M.A.S.K leader Matt Tracker the Thunderhawk was a Chevrolet Camaro, which is already pretty cool, with gull wings that turned it into a fighter jet.

Who doesn’t want an awesome looking car that turns into a plane with guns?