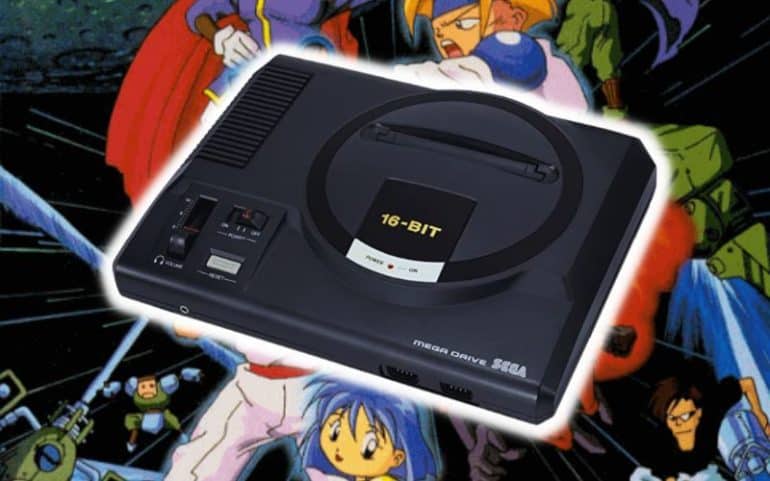 The Megadrive was home to every genre of game possible and had a huge roster of Sports, Shoot ’em up’s and platform games that wowed gamers all over the world.

Out of those 700+ games a few have stood the test of time to not only be remembered fondly but also took the machine to new levels of brilliance.

Retroheadz takes a look back at some of the games that defined the Megadrive and helped it reach new heights back in its 90s heyday.

Sonic 2 could possibly be the most hyped game of 1992, however it deserved it.

A year after the first outing of Sega’s mascot hit the shops the next instalment took things to another level.

The graphics were bigger, bolder and more colourful, the introduction of ‘Tails’ to the series gave spectators a chance to join the action and the levels were fun and varied throughout leading to an epic showdown with Dr. Robotnik that makes you wonder how they managed to do this on the 16-Bit console today.

The game also has a hugely memorable soundtrack and whilst the bonus levels were not as much fun as in the first Sonic, it was something that made every Megadrive owner stop and marvel at the trickery the programmers had bestowed upon our eyes.

The original Streets of Rage was Sega’s answer to Final Fight which made it on to the SNES was and still is a fantastic game to play.

However it was the 1992 sequel that really blew everyone away.

Streets of Rage 2’s 16 Megabit cartridge had double the memory of the first game so everything was massively improved from the first outing.

The levels were bigger, had more variety and the main character sprites were far larger and detailed than before.

Streets of Rage 2’s soundtrack was just as good as the first games, bringing in contemporary dance music and Techno to the action that fit in perfectly.

The game felt like you were playing the main character in an action movie, progressing through the city from night to day it was the pinnacle of side scrolling beat ’em ups and rightly so deserves its spot here.

Gunstar Heroes came out in 1993 and was an instant hit.

The anime styled run and gun action with its huge bosses and massive explosions took the humble Megadrive to levels of graphical trickery never seen (or expected to be seen) on the system, with scaling and rotation that would even have SNES owners sit back and stare in amazement as to everything that was happening on screen.

Road Rash 2 took the original Road Rash‘s additive combat bike racing action to new levels, adding a split screen two player option, a bike store where you could trade up to some insane nitrous powered bikes like the coveted Diablo 1000N and fight your way to victory.

Road Rash changed the racing sim to one that was fun for a while (like Super Hang-On) and added combat, oncoming traffic, dangerous road junctions and even the police chasing you.

Couple with a chunky Rock soundtrack it was pure rebellion!

If you want to play the definitive version of Desert Strike then the Megadrive is where it’s at.

Capturing the zeitgeist of the Gulf War, this strategic shoot ’em up dispensed with the standard Alien space battle side scrolling action and instead went isometric.

Varied missions within levels had to be done in order otherwise the chances of you making it to the next section meant being shot out of the sky.

The balancing act of finding fuel, ammo and armour increased the tension of the game to levels unseen before the games progression was balanced and rewarding.

Desert Strike also had digitised cut scenes that added to the atmosphere in a big way as you took your Apache to General Kilbaba’s troops and force fed them lead and Hellfires.

Technosoft took the tried and tested shoot em up genre to new levels with Thunderforce 4.

The graphical trickery bestowed upon this game is legendary with the ship flying between clouds whilst its taking down hordes of enemy ships. The Bosses were huge and varied and the soundtrack (especially the track ‘Metal Squad) pushed the graphics and sound of the Megadrive to levels unseen before.

If you need a challenge and have a chunk of money laying about then Thunderforce 4 is worthy of your attention. Don’t think you’ll beat it easily though as you’ll be marvelling at the sheer scale of it all,

Born out of the intense competition between Sega and Nintendo, Virtua Racing’s DSP chip was the answer to Nintendo’s Super FX chip and with it’s help showed the Megadrive could shift polygon’s around the screen and what better way to show off this technology then with a home conversion of Sega’s massive arcade hit that ran on it’s Model 1 hardware, Virua Racing.

The game was massively hyped and whilst it looks (and plays) a tad archaic by today’s standard the ability to play Virtua Racing at home was simply unbelievable back in the day.

It even beat Phantasy Star 3 as being the most expensive game to come out on it, retailing at a whopping £70 back in the day which was knocking on Neo Geo entry level prices.

Sadly this was the only game to come out that utilised the DSP chip, we presume Sega had proved its point to Nintendo and then moved on to other things after it but for technical showcase it was something special indeed.

The hype surrounding Mortal Kombat was massive in the early 90s. The violent gorefest was a coin eating machine in arcades everywhere and the Megadrive version trumped the SNES in sales multiple times over.

Why? Well because it still had the blood and nasty finishing moves in full.

The Megadrive paled in comparison to the SNES when it came to RPG’s. The vast majority were turn based affairs too which you either adored or avoided like the plague.

The Megadrive also needed its Zelda and Landstalker as close as owners got to it.

The world in Landstalker was large and luscious and the story that accompanied the action was brilliant too and took around 10 hours to play through in its entirety.

The game came on a 16 Megabit cartridge so that helped a lot in regards to the size and scope of the game.

Another notable action RPG to try is The Story of Thor although that came out later so had less impact on the consoles appeal but is nonetheless worth giving a go if these type of action RPG’s are your thing.

Everyone remembers the hype that Streetfighter 2 had in the 90s!

It was everywhere and rightly so it was (and still is) a hugely balanced and fun game to play whether solo or against other players.

When Super Streetfighter 2 came out, it came in on a 40 Megabit cartridge which is the largest for any commercial release on the Megadrive. Even trumping the SNES’s 32 Megabit version.

The game showed just how far the Megadrive had come since its launch and naturally it sold stacks of copies to eager Megadrive owners looking to replicate the arcade experience at home.

The simple graphics and top down racing view may look simple but it didn’t stop this game being a huge hit when Micro Machines it came out.

The sheer variety of vehicles to drive around the fun and varied courses and the satisfaction of winning the game along with the strategic elimination of rivals made the game so much fun.

It went on to spawn a few more games on the Megadrive but of course, the original is what made this happen because it was and still is so much fun to play.

What Megadrive/Genesis games do you think help define the console and make it stand out from the crowd? Let everyone know in the comments below.