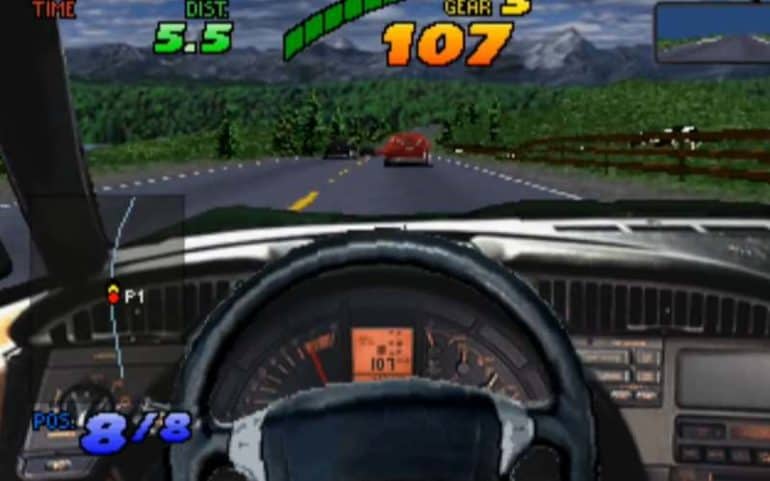 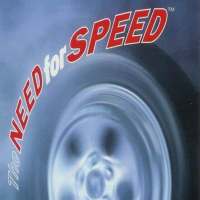 The Need For Speed originally came out on the 3DO as a driving and racing simulator and blew gamers away back in 1994 and was the start of the franchise that is still going strong today.

Saturn owners had to wait nearly two years for a version to hit Sega’s 32-Bit console.

It’s a much bigger game than the 3DO original with improvements across the board thanks to the Saturn’s higher spec hardware.

The Need For Speed

The Need For Speed hooks you in straight away with a high octane intro showcasing the cars that can be used. This was done in conjunction with Road & Track, a hugely popular car magazine in the U.S.

After the intro it’s on to the options and start the game by choosing what kind of game you want to play from solo, to head to head to a full on race against multiple opponents you then get to choose the course to play on and of course choose your car.

At the time, The Need For Speed had a dream selection of 90’s cars to choose from, the Ferrari 512TR, Lamborghini Diablo, Porsche 911 Turbo, Toyota Supra, Honda NSX and Mazda RX7, Dodge Viper and Corvette ZR1 were available to choose from.

Being as this was done with Road & Track you also get a little video about the car you want to choose as well as specs just like you might remember in classics like Test Drive just far more up to date.

Each car had it’s own quirks and handling benefits and hindrances such as the Diablo having a 200Mph+ top speed and being a handful to drive whereas the RX7 has a 155Mph to speed and is far more pleasant to throw around corners.

Going fast is fun but hard to sustain as the courses are either point A to point B drives with sharp corners and traffic both oncoming and in front of you as well as tracks that require advanced braking and a bit more thought to overcome compared to games that came out before it.

After all The Need For Speed is a simulator rather than an arcade driving game and because of this it can be tough and frustrating to progress quickly as you need to do things right to make it through the tight turns and traffic.

The Saturn version comes with six course as opposed to three on the 3DO version and are a mix of racetrack and staged courses.

It also introduced Police and if they catch up to you will issue a ticket which adds a fun element to the game.

The coastal and city courses are the most fun to drive on especially on the straights as you can finally pick up some good speed and not have to worry about stacking your car which happens far too often in the game.

One thing that the game did well and is fun to see today still are the crashes which you will see a lot of.

They are quite funny to see and thanks to oncoming traffic on some of the tracks, a regular occurrence.

Some crashes can see your dream ride hurtling through the air and landing with an insurance premium raising sound of metal grinding on tarmac.

Sometimes if you are lucky when you crash your opponent will smash in to your wrecked car and this means that you will start off before them while at other times you’ll be playing catch up for the rest of the course.

It’s a bit potluck when it comes to this.

The Need For Speed being nearly a quarter of a century old has obviously aged.

However the car models for the time are good and the courses are varied with our favourite being the Coastal Highway track and the in car view is nice to look at still.

The music is OK, it’s mostly Rock music and suits the action well but it’s not something you’ll be humming for days afterwards.

The engine sound effects are pretty good for the time and convey the right sense of purpose you’d expect from a game from this period.

Is The Need For Speed Worth Playing Today?

The Need For Speed is a fun game, it does get frustrating and for a simulator it’s OK but it’s showing its age as things have moved on significantly since it came out.

It’s worth playing to see how far driving and racing games have come since this came out though and for collectors its an easy one to get hold of too as it is a piece of gaming history that helped drive the genre forward.

Just don’t expect too much out of it and you’ll enjoy it once in a while.

The Need For Speed (1996) Sega Saturn Classic Review
Is it worth playing again?
The Need For Speed is easy to get hold of and is an important part of gaming history. It's not a patch on today's driving games but its still fun nonetheless.
Graphics
70
Sound
75
Gameplay
70
Classic Factor
80
Reader Rating6 Votes
88
Good Bits
A fair few courses to drive on
Nice selection of cars for the time
Bad Bits
It hasn't aged very well
Can get frustrating
74
Retroheadz Score