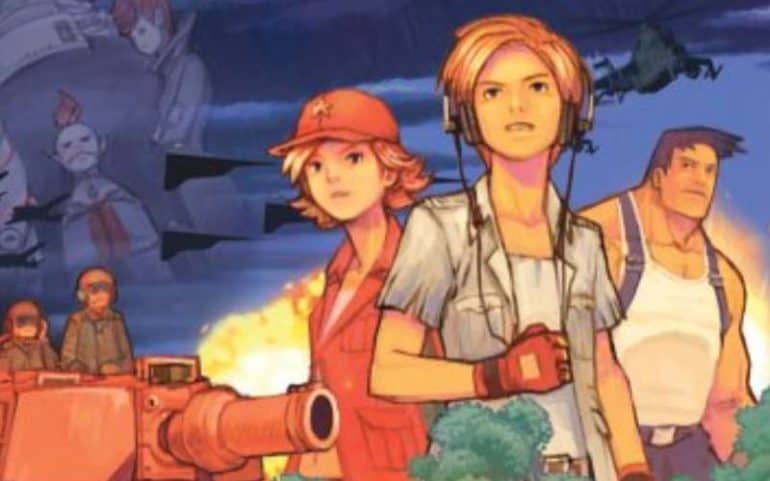 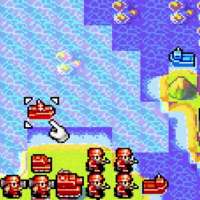 Advance Wars Dual Strike was the first Advance Wars turn based strategy game to come out on the hugely popular Nintendo DS handheld back in 2005 and took full advantage of the dual screens that the console had hence the title Dual Strike.

In Advance Wars Dual Strike you are Jake, a kid who is in the Orange Star Army as they go up against the Black Hole Army that have returned with a new leader Von Bolt.

It’s up to Jake and his Orange Star cohorts to defeat the enemy and bring peace back to the land alongside the Blue Moon, Yellow Comet and Green Earth allies.

Dual Strike starts off easy and coaxes you in to the games play style and mechanics.

The game offers two ways to win, one is to capture the enemies headquarters and the other is to defeat all the enemies on the level.

To help you get an advantage you can capture cities along the way which gives you more resources to build new tanks, jets, boats or soldiers.

On some levels you will start with a factory to build tanks and on those that you don’t you need to rush some soldiers to one on the map ASAP to capture and secure it which is sometimes easier said then done.

Some missions see you needing to destroy a super weapon which will require thinking about the best way to approach the objective without getting wiped out and its this tactical play that really sucks you in and is all the better for it.

CO’s To The Rescue

Luckily you aren’t on your own as you have other commanders who are there to help and have unique powers to even the battles such as specialising in air or naval warfare.

The CO’s also have ‘CO Powers’ which once charged up can be unleashed and can range from restoring all your units health to devastatingly powerful attacks for a turn which can help turn the tide of battle.

The DS’s dual screen is used to great effect with the main touch screen being where the battle is and the top screen full of infomation or dialogue between the CO’s and enemy.

It is also used in a ground and air battle too which is a great touch.

Playing with a stylus is fun to begin with but after a while using the D-Pad is a quicker and faster way to play the game.

Whilst no game is perfect Advance Wars Dual Strike has it issues, although they are minor really.

The dialogue can be a bit boring and fast forwarding through scenes between levels can get tiresome, although this is really an issue on replays rather than the first go.

The animated battles, whilst initially fun to watch get boring quite quickly.

Luckily they can be turned off in the options which speeds up the game significantly.

Advance Wars Dual Strike won’t win you over on the graphics. They are bright and colourful but a bit basic. It’s functional basically.

The music in the game is good, it does the job and keeps you engaged throughout.

Sound effects are OK too, again it does the job with the only main gripe being the sound when character dialogue is happening, its annoying.

With the graphics and sound being OK and nothing special the gameplay needs to be up to par and boy is it!

The reason why Advance Wars as a series is so good is because of the way it plays, its cerebral and epic fun at the same time and you will sink hours upon hours in to this game.

If you’ve always been a fan of Turn Based strategy games then you’ll find this great fun.

All in all Advance Wars Dual Strike is and a game that you’ll keep coming back to for years to come.

Advance Wars Dual Strike (2005) Nintendo DS Classic Review
Is it worth playing again?
Don't let the cute graphics put you off what is a seriously addictive turn based strategy game. It's so much fun to play. Go get it if you love strategy games.
Graphics
78
Sound
86
Gameplay
95
Classic Factor
90
Reader Rating3 Votes
90
Good Bits
So addictive
It's a long game
Bad Bits
Can get difficult in places
Animated battles do get a bit repetitive
88
Retroheadz Score