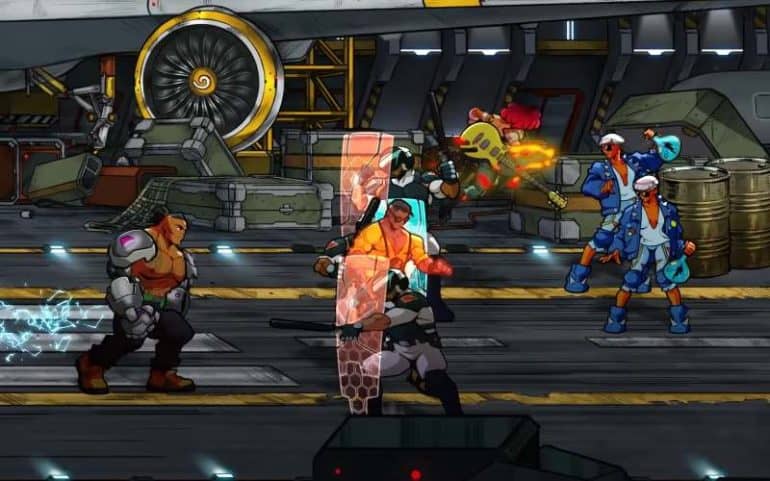 Streets of Rage 4 developers DotEmu have released a couple more nuggets of info ahead of the release of the most anticipated side scrolling beat ’em up in decades.

On top of this new reveal Streets of Rage 4 will also have an online two player mode and what could the most bonkers and fun thing, four player local mode which kind of reminds of the craziness from another classic Sega game, Guardian Heroes.

Here’s the latest Streets of Rage game play trailer which also includes new location such as on what looks like a giant cargo plane and graffiti covered locales and high rise skyscrapers as the characters take on the hoodlums of Wood Oak City.

When is Streets of Rage 4 Out?

This is the question everyone is asking and all we know is it will be the second quarter of 2020.

However, don’t hold us to that as things can change but if they do need more time to polish things off then so be it because it has a lot of fans expecting it to be an instant classic just like the Mega Drive games from the past are.