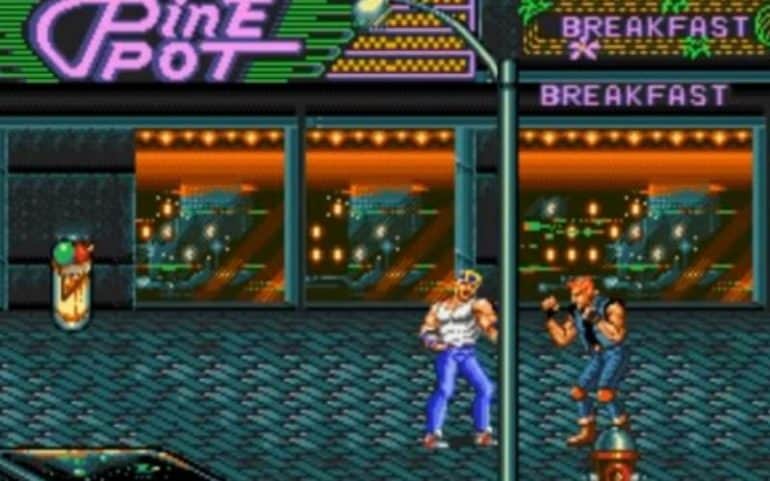 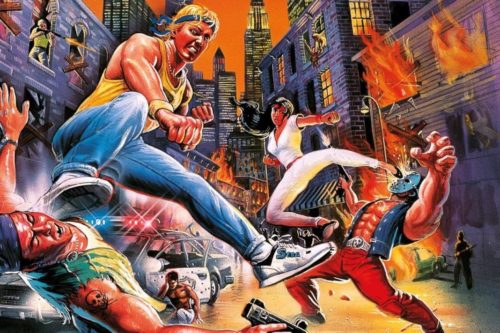 Streets of Rage is without doubt one of the most iconic and fondly remembered series of games that came out in the 16-Bit era.

Sega’s answer to Capcom’s final fight was so much more than just a clone, something that they could have easily done and got away with back when it was released in 1991.

The Super Nintendo release was heading to western shores and Capcom had revealed that the massively popular 1989 arcade classic Final Fight was making its way to the console.

Just like Sega countered Mario with Sonic, another killer game to keep the Megadrive/Genesis momentum going was required.

So Streets of Rage (or Bare Knuckle as it was known in Japan) was born and became a hugely popular hit.

The story was simple yet effective and wouldn’t have been out of place in an late 80’s Cop movie.

The protagonists, Axel, Blaze and Adam are friends and police officers who have had enough of the corruption and soaring crime that has besieged their city.

The trio have decided to go rogue to sort out the streets and bring down the crime lord Mr.X and bring peace and prosperity back to the city again.

Yep, fairly standard story so what’s it like to play.

Well here’s where it really gets good, firstly you’re treated to the backstory with he main theme playing which sounds suspiciously like the famous Enigma group…In fact it does and that’s pretty awesome in itself, more on the music later though.

Once you get past the title screen you get to choose your character and its then straight off to the first stage where you’re walking along and start pounding street punks and the like.

The standard characters do vary and include your fairly standard thug through to whip equipped ladies of the night (ooh la la) and yellow and green bomber jacket dudes who’s attack ranges seem to be to slide along the floor and kick your ankles.

The locales in Streets of Rage make you feel like you are in some 80’s-esque run down American city.

There are also levels on bridges (where you can throw your opponents down the gaps which is fun) and on even a ship before you get on an elevator up to Mr.X’s penthouse lair for the final showdown.

The first is quite easy to defeat, he’s a tall dude with a boomerang.

Its the second boss that can throw you though as he’s basically Freddie Kruger in dungarees.

You’ll learn fast that certain attacks set him off and you will get hit, if you do get into trouble you can always call for back up.

If you get in to trouble and have got more enemies on screen than you can handle, all you need to is press ‘A’ on the controller and a sporty police car comes along and some of your friends from the precinct will either fire a vulcan cannon or launch a rocket at your on screen foes.

Players have limited uses of this in each level but you do have quite a few moves yourself to get you through, more so than Final Fight but then again that was released a couple of years before.

Hmm…this city seems kind of violent if you need that kind of firepower to make it to the end of the shift but if you had a friend with you you could team up as well as Streets of Rage had a 2 player mode which was a big thing back then.

Later bosses include a pair of twins who are a bit of a pain to defeat but you’ll get there and the final level you basically have to all the bosses on again before you get to take down Mr.X himself but not until he gives you a choice.

Yep, a choice to either join him or take him down, its a nice touch but be warned if you do decide to join him you’ll be whisked back a couple of levels before you get to the end and choose again.

Its a nice touch that adds a bit of variety to the game and a different ending too.

How Does Streets of Rage Play Today?

The game itself looks quite basic today, fair enough its 25+ years old now, its still a lot of fun to play but one part that still gets lauded today is the soundtrack.

The game has a lot of influences on it and Yuzo Kazhiro really went to town on it. Like the earlier mentioned pastiche of Enigma for the opening theme to Adamski and Soul 2 Soul and K.L.F influenced tracks gives it an early 90’s vibe that still cuts it today.

The soundtrack alone is worth revisiting the game, its still amazing and really varied too.

So Street of Rage, it is worth dusting off your trusty old Megadrive or downloading to a current console?

In a nutshell, yes it is.

Streets of Rage is fun, instantly playable and will take you back to an earlier era that just feels right and if it wasn’t for this then we would never have had it sequel which some would say is the peak of rage when it comes to the series.

Streets of Rage (1991) Sega Megadrive Classic Review
Is it worth playing again?
Sega's answer to Final Fight is still great fun to play and the fantastic soundtrack alone is worth going back to just for this. alone.
Graphics
65
Sound
93
Gameplay
80
Classic Factor
97
Reader Rating4 Votes
91
Good Bits
Epic soundtrack
Great atmosphere throughout
Bad Bits
Player and enemy graphics are looking dated but that's it
84
Retroheadz Score