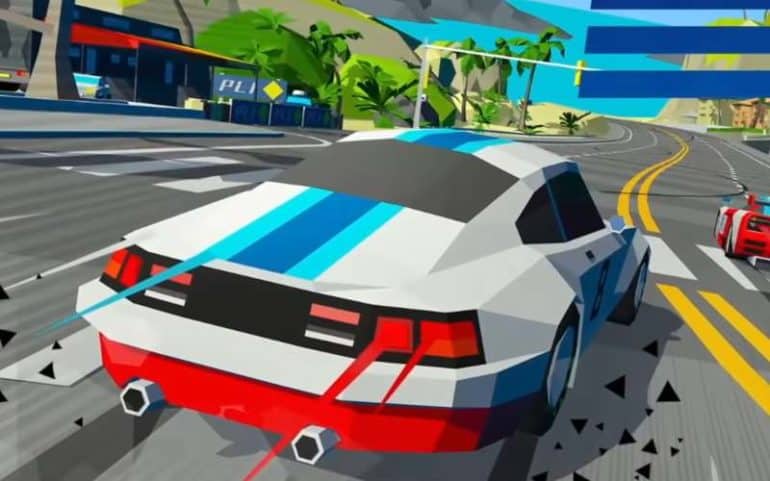 Remember when you entered an arcade back in the 90’s and were instantly eyeballing the giant dedicated polygon racing games like Daytona USA, Virtua Racing and Scud Race?

Well, if that has just filled your frontal lobe full of nostalgia then there’s some good news on the horizon.

Hotshot Racing, a new game from Sumo Digital, the same people who did the fantastic home conversion of Out Run 2 a few years back have pretty much captured the vibes of the arcade racing games from the 90’s.

The new game which is due out on Xbox One and PS4 this spring is blazingly fast and frantic and has up to 8 players online as well as split screen multiplayer for old skool social sessions.

Hotshot Racing has a classic Sega Model 1 arcade board feel to it.

Want to see it in action? Check out the teaser trailer for it.

On top of the low polygon look, it has tons of track and cars to drive and just looks plain old fashioned fun to play and could be quite bonkers in multiplayer mode.

What do you think of Hotshot Racing? Let us know in the comments below.