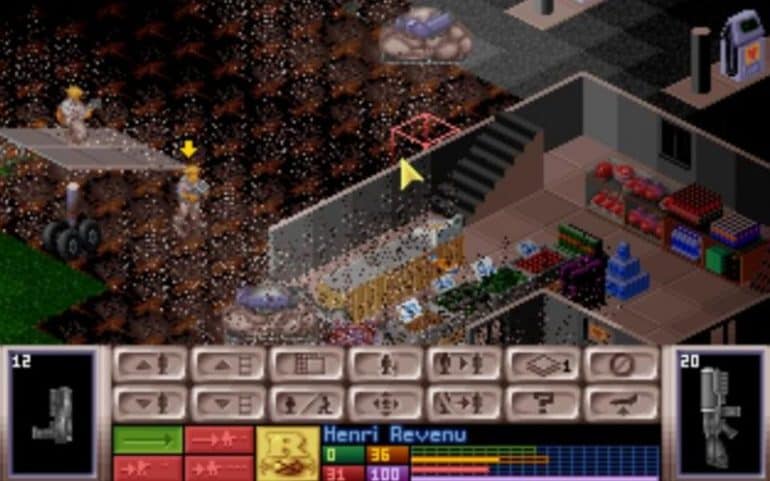 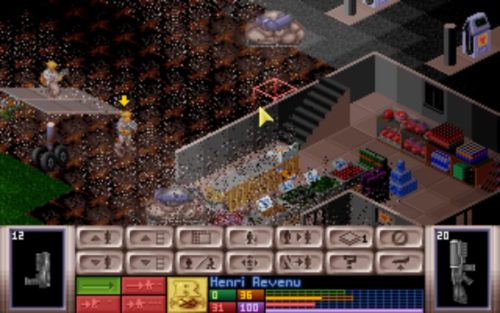 Is this the greatest turn based strategy game ever?

UFO Enemy Unknown is the master of all turn based strategy games and you need, nay, absolutely, categorically must play this game.

Many have tried to emulate its awesomeness; some got closer than others but most were like a mongrel versus a pedigree at Crufts.

This game is the master of all turn based strategy games and you need, nay, absolutely, categorically must play this game.

So with the news that this strategy classic is a diamond in the rough you might think you don’t need to read anymore?

Well you might want to as we are now going to divulge why the game is so good.

Read on as you have clearance commander!

The plot of the game is simple and effective;

It’s 1999, UFO’s are being seen by people all over the world and it’s getting out of control.

You are in control of XCOM (Extra-terrestrial  Combat) and are tasked with repelling the alien invaders from Earth.

You do this by shooting down, recovering, researching, manufacturing and replicating alien technology to  use and ultimately defeat the multiple unified races of aliens who want to call Earth theirs.

However, it’s the non-linear way to win this that keeps players coming back time and time again!

The game starts out with you choosing the location of your base on a global map known as the Geoscape.

This is where the bigger picture is seen and its where you intercept UFO’s which are on a variety of terror-inducing missions including alien abduction, government infiltration, alien base supply and so on.

When a UFO is detected you will send one (or more) of your fighter jets to intercept and hopefully shoot down the unknown craft.

Another tactic is to shadow it until it lands so that it can be captured intact.

This is where it gets very interesting.

Upon shooting down or seeing a landed UFO a retrieval is required including the elimination or capture of its otherwordly occupants.

This is where the squad based tactical element comes into play which is known as the Battlescape.

After all, someone has to mop up!

You send your troop carrier craft to the crash zone and land when you do, you will be able to arm your soldiers with the weapons and equipment you put into the craft prior to the start of the ground assault.

Once you are satisfied that your armed force are as armed to the teeth as they can be you start the ground mission.

While the Geoscape works in real-time, the Battlescape is completely turn based.

Each soldier has time units that will give a limited amount of movement across the map or fire a weapon a certain amount of times.

This is where the tactical elements comes in to play.

The ground missions are what make this game so compelling as they are randomly generated every time on each level.

Whether it be UFO retrieval on farmland, desert, ice pack, jungle or city based terror missions.

Players can also attack  secret alien bases that you either get informed about by XCOM agents at the start of a new month or by sending one of your jets on patrol and they come across one by chance.

As the game progresses so do the surviving soldiers.

Troops get promoted and get more skilled as more missions are survived and this is where players have to be really careful not to get them killed.

Replacement soldiers will not cut it when up against stronger and more dangerous aliens and an easy tactic to use is the save feature.

Talking about the aliens, there are quite a few to contend with, naturally they start easy. First off you’ll be facing Sectoids.

These are your standard Grey aliens (Sectoids return later on in the game with mind control powers) and then there are the amusingly called Floaters.

Later on, though you’ll get some very tough opponents and for those that have played it before.

The very thought of going up against Crysallids and Muton’s with only earth based weapons will probably make even the most seasoned player break out in a cold sweat.

As this is a strategy game there are other things to consider.

The main one is research and this is vital to progress the game and start taking back control of Earth from the invaders.

When a mission is completed, be it a UFO retrieval or Terror Mission there will be a horde retrieved of alien goodies that need to be researched before engineers can manufacture it and soldiers can use them on the battlefield.

Investing in additional labs will need to be done pretty quickly alongside a huge science-based payroll to pay for, but it’s worth it.

The alien’s blaster bomb missile is a sight to behold even today and is a mission winner as are researching new craft to fight in the air and ground with.

Also vital to the research effort is finding out who the aliens are and what they want and even where they came from .

Knowing the enemy becomes very important at the end when the fight is taken to them.

Finally, one of the most important things in UFO Enemy Unknown is to manage resources wisely.

Players get funding from participating countries into the XCOM program but sometimes they leave which will leave a hole in the budget for nice things such as more weapons and research.

Luckily, if funds are short, selling alien tech on the black market is possible to keep things going.

Considering UFO Enemy Unknown is from 1994, it really does play great today still.

For veterans of the game it will be a huge nostalgia trip.

For new players, once you get past the aged graphics you’ll find a deep and addictive game that will be on your top 10 list of the greatest strategy games ever.

Go and get it as it costs peanuts to buy now and get ready to lose days to this classic game.

You won’t be disappointed.

Up Next: Looking for adventure in the distant future? Check out our review of Dune for the PC.

UFO Enemy Unknown (1994) – PC Retro Review
Is it worth playing again?
If you're a fan of turn based strategy games then this is for you. Excellent strategy game that holds up well even today. This is the original and still one the best strategy games out there and its cheap as chips on Steam so worth a purchase.
Graphics
75
Sound
78
Gameplay
96
Classic Factor
92
Reader Rating4 Votes
93
Good Bits
Its literally different every time you play it
Researching and using alien tech is awesome
Bad Bits
Graphics have aged
Running out of time units right next to a Chrysallid. SAVAGE!
90
Retroheadz Score