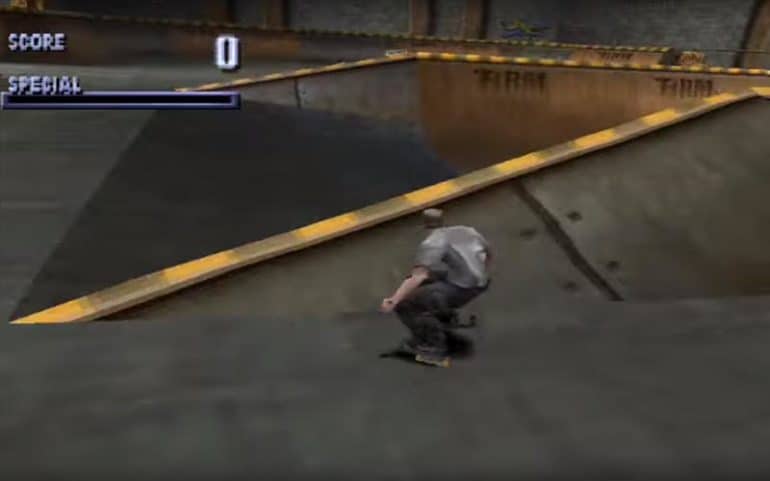 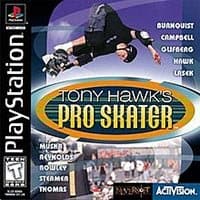 Every now and again a game comes along that captures an entire generation and at the turn of the millennium, that game had to be Tony Hawk’s Pro Skater.

Tony Hawk’s was a real party game, a social experience as well as an entertaining solo game.

Whether you were at school, college or university you would gather around the Playstation with your mates and try to outdo each other with the most ridiculous combos you could pull off.

What Was Tony Hawk’s Pro Skater All About

As the name suggests Tony Hawk’s was a skateboarding game.

You took control of a legendary skater and performed tricks in a number of different levels to earn points.

Whilst that may sound kind of fun but a bit boring it really wasn’t.

The levels design was superb and the gameplay was so over the top it just blew you away.

The reason it was so fun and addictive to play was down to the completely unrealistic abilities of the skaters.

All the tricks were based on real moves but you could combine them in completely insane ways that defied any realistic possibilities.

Not only could you spin in crazy ways you could then land straight into a grind that real skaters could only dream of.

As well as the exaggerated physics you could also smash through windows, bins and bus stops.

The level of destruction only added to the appeal as we got to do things we only really dreamed of when really out skating.

We mentioned the levels and each one had its own unique characteristics.

Whether you were destroying a shopping mall, cruising around a high school or tearing up Area 51 every level felt different and came with its own challenges.

In single-player mode you had to collect cassette tapes which could be hidden anywhere in the level but were often in seemingly impossible to reach places.

The constant challenge of trying to find them and get them in the two-minute time limit kept you entertained for ages.

It was always a real rush when you smashed through something unexpected and ended up in an area you didn’t know was there which often happened when trying to reach some of the harder tapes.

The skaters featured in the game were all legends and the best in the business at the time.

Not only could you play as Tony Hawk himself but you could also play as Bob Burnquist, Kareem Campbell, Rune Glifberg, Bucky Lasek, Chad Muska, Andrew Reynolds, Geoff Rowley, Elissa Steamer or Jamie Thomas

If you were into Skating at the time then these would have been your idols but they were soon to become household names as almost everyone who owned a Playstation would discover them.

As with all great games Tony Hawk’s had a great soundtrack to go with it.

Most of the tracks were typical for what skaters at the time listened to, predominantly a mix of Skate Punk, Grunge, Drum & Bass and Hip Hop.

You had artists like Goldfinger, Primus, Aquasky, Suicidal Tendencies and the Dead Kennedys.

This gave the game an even greater level of authenticity whilst introducing the artists to a whole new audience.

The two-player mode was great fun and had a number of challenges.

You had Graffiti where you had to turn the whole level your assigned colour.

Trick Attack where you had to outdo each other with the longest single combo.

And finally, there was HORSE.

In HORSE the players took in turns to attempt a specific trick or points total. The player with the lease points was assigned a letter until they had them all.

Whoever ended up spelling HORSE first lost but this mode was made all the more fun as you could change the word HORSE to whatever you wanted.

This meant you could assign it as LOSER or something a little more creative, which we obviously all did.

Tony Hawk’s will always be remembered fondly and it’s still great fun to play but it has certainly dated.

Whilst the controls seemed smooth and easy to master back in the day by modern standards it’s hard work.

That said it is still highly addictive and well worth picking up again.

It is very easy to see how Tony Hawk’s spawned a series that has so far seen a total of 17 game releases.