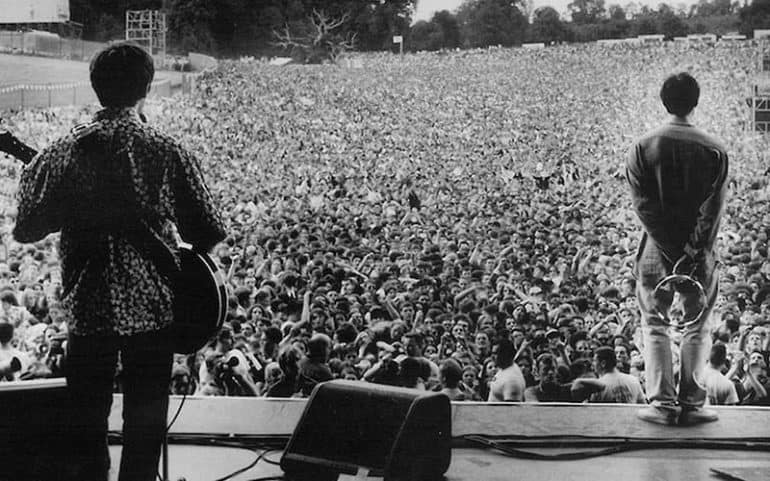 The 90’s were a truly revolutionary time for music and many underground scenes became household listening.

There were worldwide scenes like Grunge and Rap that changed the musical landscape but in the UK we had something else.

Yes we had Grunge and Rap too but we also had the Rave scene which included genre’s such as House, Hardcore, Drum & Bass and Techno, these became uniquely British despite the international influences.

However, there’s one aspect of 90’s music we often overlook.

Of all the music scenes in the 90’s Britpop was perhaps the most British of all and it absolutely dominated the radio and charts.

Britpop ranged in sound but was predominantly Indie bands who approached the music in a unique way that was often filled with a passion for life and having fun.

These were the Bands you would hear in pubs and clubs all over the country, they became household names and most are rightfully remembered as legends.

Others, however, kept the scene alive without reaching the dizzying heights of their counterparts.

Dig out your Bucket Hat, Parka and Reebok classics and crack open a copy of Maxim while we take you through our favourite Indie bands of the 90’s.

They had a heavier sound than most of the indie bands at the time but they still managed to have hit after hit as Bitpop grew.

With classic singles such as ‘Oh Yeah’, Angel Interceptor”, Kung Fu and “A Life Less Ordinary” they were true contenders.

Ash’s biggest hit was surely 1995’s “Girl From Mars” and it remains a classic to this day.

My Life Story are surely one of the most overlooked bands of the Britpop era and were certainly the only one to feature a chamber orchestra.

They were cult icons and led by the charismatic Jake Shillingford and they carved out a sound that was uniquely theirs.

The band championed a more classic pop sound but with a heartfelt sorrow.

They had big hits with the likes of “Strumpet”, “The King of Kissingdom”, “It’s A Girl Thing” and “Sparkle” but sadly disappeared in 2000.

They still perform occasionally today and pull good crowds but we would love a proper reunion.

Dodgy are far more of a traditional Britpop band when compared to My Life Story or Ash.

They had a classic Indie sound that harked back to 60’s influences with clean production and a strong pop presence.

They really were the sound of the summer in ‘96 and ‘97 as they were on constant rotation on Radio One thanks to hit singles like “Staying Out For The Summer”, “If You’re Thinking of Me” and “In A Room”.

Dodgy’s biggest success came in 1996 with the single “Good Enough” which you just couldn’t escape at the time.

This was a happy, good time Indie anthem that typified the time.