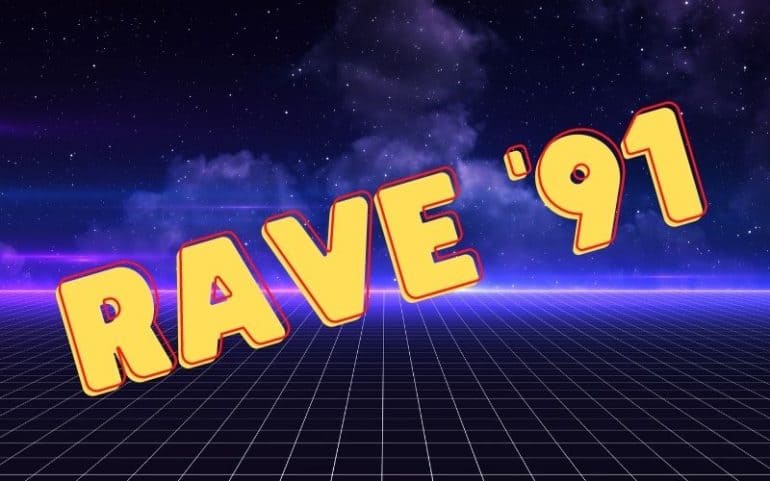 10 Epic Rave Anthems From 1991 That Will Spark Nostlagia

The evolution of Techno, Hardcore and House music was going to the next level with massive raves up and down the UK and Europe slamming out the breakbeats and kick drums as the tempo increased compared to 1990.

The takeover was happening with more rave tunes being featured each week on shows like Top of The Pops or The Chart Show showing that it was here to stay and getting thoroughly ingrained into youth culture.

Whether you were chewing your face off in a warehouse or swapping copied tapes at school and dreaming of the day that you could go to a rave, chances are our selection of 1991 Rave Anthems coming up is going to take you back to that carefree time.

Getting this party started with this techno classic. Mentasm is known to be proto-Gabber track before Gabber was, well, Gabber.

This track is a pounding classic that took your mind on a journey. some say it’s a tad repetitive, however who doesn’t like that classic Hoover sound?

U96’s first track was a huge hit across Europe and did pretty well in the UK too. The track is themed on the classic movie Das Boot and the video features clips from the movie along with the main theme being sampled through out with that classic Techno speak and spell vocoded voice saying, Das Boot and 1,2,3 Techno! A classic piece of Euro Techno for sure, U96 went on to have other hits including Love Religion and Club Bizarre later on in the 90’s.

If there was a tune that summed up that post rave feeling then this is it.

The track was a big hit and featured on many compilations you probably picked up at Woolies back in the day.

This track has a lot going on with Acid sections, a room shaking bassline and obligatory crowd noises.

This classic takes that classic Italian House Piano anthem vibe of the time and bridges the gap between Clubbing and Raving in a field.

Many of you might remember that this track was on one of the radio stations on GTA. Whenever you might have first heard it the captivating vocals and happy vibes this track exudes by the bucket load will put a smile on your face today!

Top one, nice one, get sorted!

Altern-8 slammed on to the scene in 1991 with this chart topping and bonafide rave classic.

Though it wasn’t their first tune post Nexus 21, it was a huge hit with school kids and ravers everywhere, the video was shot in the car park of the famous Stoke-on-Trent nightclub, Shellys.

Altern-8 would go on to have a load more hits in 1992 with E-Vapor-8 and Hypnotic St-8 and an album called ‘Full on Masked Hysteria’ and helped make mask wearing at raves a must have along with sales of Vicks to help you breathe.