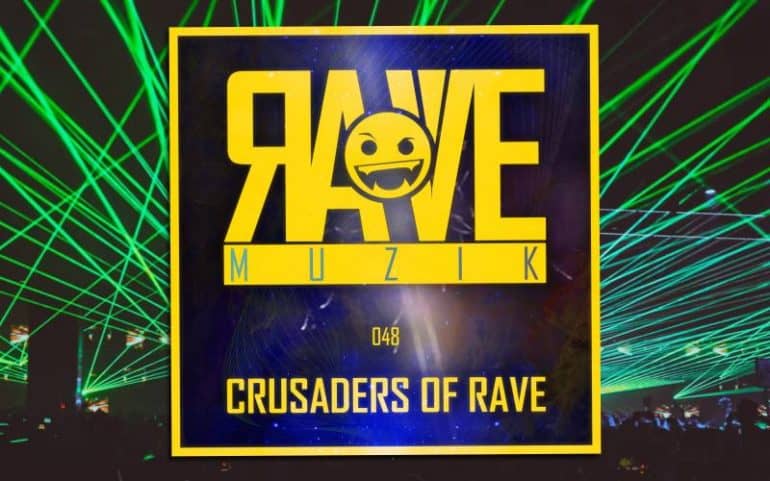 If you’re a fan of the 90’s sound of Happy Hardcore, Hardcore Techno and Gabber then a new compilation album from the Rave Muzik label is out on the 11th November should be right up your street!

The new album called ‘Crusaders of Rave’ is a full force celebration of that classic rave sound with the tempo hurtling up to a brain melting 200bpm.

It’s a veritable smorgasbord of sounds and styles that hark back to the days of 12 hour raves that many of us would have gone to back in the day.

The album features eleven new tracks that pay homage to the 90’s sound with banging kickdrums, marching snares, hoovers and breakbeats aplenty and is just the latest addition to the 90’s revival scene that we reported on previously.

Artists on the compilation come from the UK, France, Netherlands, Russia, Ireland, Germany and Australia as well.

If you miss those amazing old skool days (or nights) of going bonkers to music that is both insanely fast and hard then you’ll want to pick this up on release.

If anything, it will spur the label and artists to carry on creating new style old skool tracks so if this is your thing then supporting it will help provide more sonic delights for your ears in the future.

Who are Rave muzik?

Rave Muzik started back in 2017 with the mission to combine the 90’s rave sounds with modern production techniques.

The people behind the compilation of new artists is Peter Nitscke, AKA Stormtrooper and Al Innes who between them run the Rave Muzik label as part of a larger collective of labels such as Makina Scotland, Motormouth Records and InfeXious Hardstyle to name a few.

They set the label up to bring the classic rave sound to a new generation of ravers as well as give something new yet familiar to those that had been there back in the day.

Where Can You Listen Or Buy The Album From?

Back to the album itself, there will be a multitude of ways to hear it, from Spotify and other streaming outlets to being able to buy it direct on Bandcamp.

The preview we’ve heard makes it well worth the £9 price it will be on sale for.

The full list of artists and track titles are as follows.

Also worthy of a mention is that Crusaders Of Rave is unmixed so any DJ’s that pick it up will have a load of tracks to mix to your hearts delight and if you like the artists that you hear, then we’d recommend given them a follow on social media to keep up with any of their future releases too.