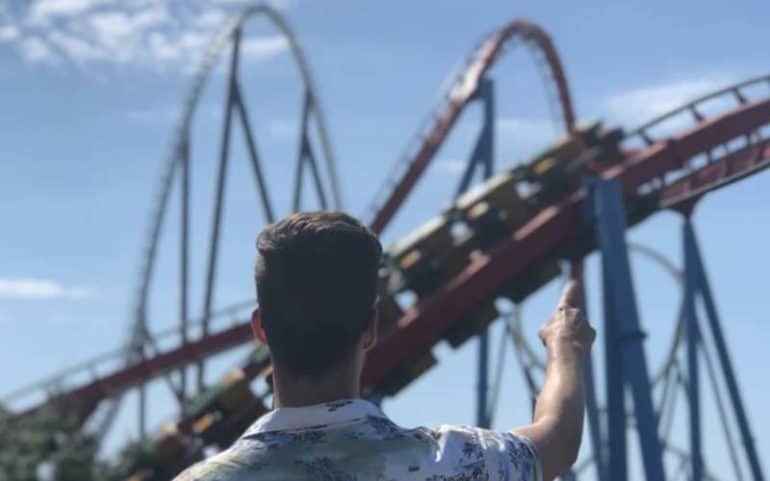 15 Extreme Roller Coasters Europe Has To Offer For Thrill Seekers

Hands up (literally) if you love nothing more than being flipped, spun and flung around roller coasters at breakneck speeds through a mangle of steel and wood.

If you put your hands up then this is a list for you. Sit back, take a breath and get ready to start planning some serious European road trips.

Before we get into the 15 standout attractions don’t forget to check out our previous article on the lost theme park rides from the UK and before the main rides here are a few notable mentions that didn’t quite make it to the final list.

With our runner ups out of the way get ready to see some amazing and extreme roller coasters in action starting with:

Manufactured by Intamin, Colossos has 159ft drop and has a top speed of 68mph. Colossos boasts a track length of 1344m and a ride time of nearly two and a half minutes.

Originally opened in 2001 as Colossos, the ride underwent a major refurbishment after closing to the public in 2016 after a routine inspection found issues with the track.

Back open for the 2019 season after a 12 million Euro makeover, sporting a new theme and back story

iSpeed opened in 2009 at a cost of 15 million Euros and was the second Intamin Blitz model to be built after Maverick at Cedar Point (USA).

Guests are launched from 0-70mph in a little over 2 seconds.

It then goes straight into a 180ft top hat (similar to that of Stealth – Thorpe Park), after the top hat riders navigate a series of tight turns and air time hills, the ride also features two inversions and these come in the form of a cork screw and an inline twist.