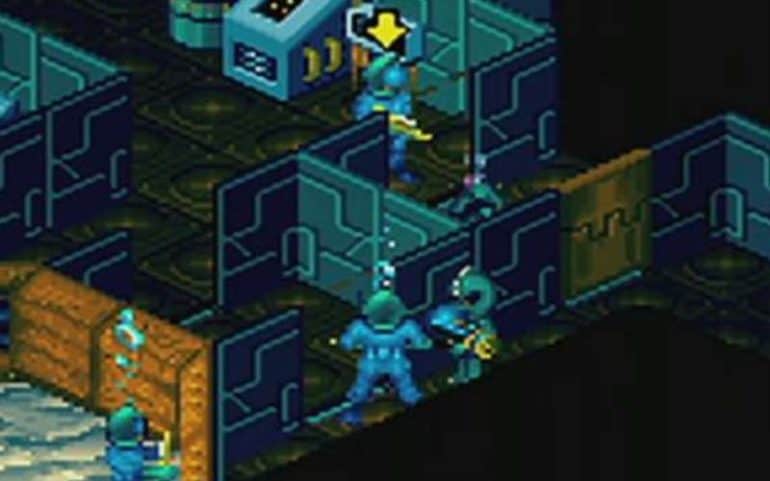 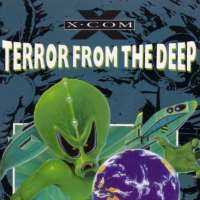 XCOM Terror From The Deep is the sequel to the smash hit turn based strategy game UFO Enemy Unknown (or XCOM UFO Defence in the U.S.) and when it came out it had a lot of fans drooling in anticipation when it came out way back in 1995 on the PC and later on the Playstation.

It’s 2040 and mankind has long forgotten about the alien invasion back in the late 20th/early 21st century and unbeknowst to the world when XCOM defeated the alien hive brain on Mars it sent out a distress signal to a long dormant race of aliens who have been biding their time in the depths of the Earths oceans.

The new alien menace has started to sink ships and attack port cities in submersible craft that are unknown to any nation and because of this the long disbanded XCOM is reactivated and it’s your job to stop the alien menace and take the fight to them.

What’s New in XCOM Terror From The Deep?

The game takes the things that worked brilliantly in the first game and add a new strategic element.

All the standard things remain such as the GeoScape and BattleScape where you now send Submarines to intercept and take down the alien submersibles and then send in a squad of Aquanauts to capture, kill and recover the alien tech to help the hired scientists to develop copies of or hybrid tech to level the playing field.

The main difference now is that XCOM now has to fight them underwater and on land and with this comes a bit of a headache as some weapons only work underwater so players have to think about which weapons to research and stock on the transport craft.

Get this wrong and its going to be insanely hard to complete the missions.

On top of this in general the difficulty has been ramped up massively and this makes it frustrating to play whilst at the same time you’ll want to keep playing.

Saving the game often is vital as you’ll be pulling your hair out at times as your Aquanauts miss shots time and time again or the weapons you have do hardly any damage.

The aliens, however, seem to be more accurate and you need to do this on missions that are longer, with more civilians in the way and deal with far more things about then the original UFO Enemy Unknown ever threw at you.

One thing that seems great at first but will soon give players grey hair are the missions in XCOM Terror From The Deep.

There’s far more variety then the previous game and at first you’ll be like ‘oh cool’ but when you’ve got your best Aquanauts dying on the most basic of missions and then you have not only a Port City or Holiday Island Terror mission to do .

Then if you’re unlucky a Ship mission the scale of the difficulty and length dampens the admittedly brilliant and sometimes scary atmosphere and this is what will keep you coming back for more even though you know its going to be a painful and stressful thing to do.

This is before you get to do any Alien artefact mission which are again, hard as nails.

Oh and expect to get your base attacked too. It’s non-stop terror!

The aliens in the game seem vaguely familiar and rightly so as they are related to the first games foes.

Yes, Psionic attacks are back and this time they seem to come a lot earlier in the game and some of the aliens take a huge amount of ammo and explosives to take down.

You’ll hear lots of human screams of terror before you hear an aliens death cries and this is what lets the game down massively.

It’s just too hard and frankly feels unfair as you commit a huge amount of time to reveal the games great story line and try to complete it.

How Does It Look?

Graphically XCOM Terror From The Deep is a step up from UFO with an early CGI intro and far greater variety of mission and landscapes giving the game the crucial atmosphere that admittedly still stands out today.

The graphical style has a more retro feel to it and has to commended on that as it greatly adds to the game.

Sounds From The Deep

Sound wise, it has atmosphere with creepy foreboding music that has a sense of urgency throughout and the sound effects are great too although you’ll love to hear human screams of death far less in the game…but you won’t.

Is XCOM Terror From The Deep Worth Playing Today

Even though the game is hard as nails it’s worth playing today especially if you a) like a challenge and b) loved the original XCOM as things are familiar and markedly different at the same time.

The atmosphere in the game is what will keep players coming back, its got it by the bucket load and thankfully there are some mods out there that can help readdress the difficulty or just do away with things like the Ship Terror Missions which does take the pressure off somewhat.

All in all its ridiculously cheap to buy on Steam today with sales prices being as low as 75 pence that’s a lot of game for what is the equivalent of a service station priced choccy bar and you’ll get for more out of it and get to play the sequel to one of the greatest turn based strategy games ever made.

Just be warned though, the challenge is intense from the off but for those that do persevere it’s worth it and thanks to its random level generator no two mission are ever the same just remember to save the game lots.

What Do You Think of XCOM Terror From The Deep?

Let us know what you think of this game in the comments below and share your memories of this classic strategy game and add your score in the readers score below.

XCOM Terror From The Deep (1995) Classic Review
Is it worth playing again?
UFO Enemy Unknown sequel is totally engrossing but its let down by the brutal difficulty level that will have you pulling your hair out whilst also coming back for more.
Graphics
83
Sound
80
Gameplay
88
Classic Factor
89
Reader Rating7 Votes
86
Good Bits
Fantastic Sci-Fi setting has oodles of atmosphere
It's a great game to get into and will take a long time to master
Bad Bits
Difficulty is insane in places
Some missions just take too long to finish
85
Retroheadz Score