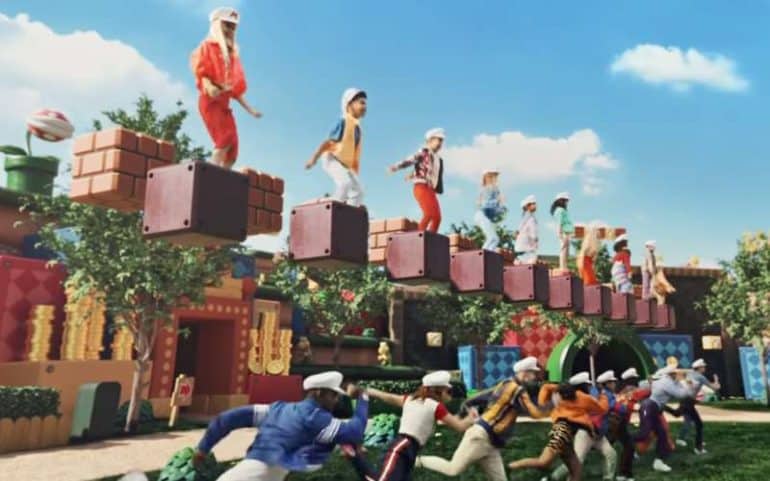 Super Nintendo World, a new section of Universal Studios in Japan is opening in summer 2020 (in time for the 2020 Olympics) and Nintendo have just released a preview music video of what Nintendo fans can expect when they go there.

The family friendly Super Nintendo World theme park is set to be a huge hit and whilst its in Japan which is quite a mission to get to, the new video shows that its open to Nintendo fans from all across the world to come and visit.

Whilst the music video doesn’t give too much away you can expect themed rollercoasters and rides as well as tons of exclusive Nintendo related merch that will have fan boys and girls lining up in their droves to snap up tons of Mario, Luigi, Yoshi and other Nintendo related goodies.

It would be cool if there was a Mario Kart themed Go Kart track, a Luigi’s Mansion themed Ghost House and an F-Zero themed Rollercoster wouldn’t it? There’s tons of possibilities.

We bet you really want to see the video don’t you? Well here it is.

Not bad eh? We’re sure more details will be revealed in the coming months but one things for sure Disney has some competition as there looks like it will have a castle too, Bowsers that is.

Universal Studios is based in Osaka, Japan so if you’re a super fan and have to go there you better start saving.