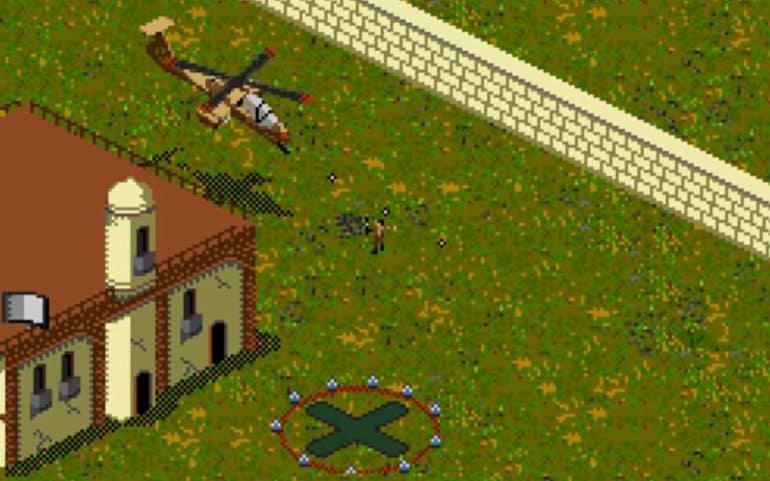 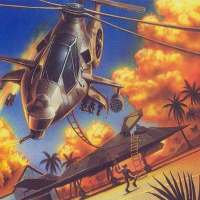 Jungle Strike is the sequel to hugely successful game Desert Strike and was published by Electronic Arts way back in 1993.

The game was one of the first 16 Meg games and the increase in memory gave gamers much more than just flying a Chopper about because of it including more cut scenes, vehicles and levels.

The question remains, what’s Jungle Strike like to play today?

Well we’ve got you covered as Retroheadz has done just that.

What’s The Story in Jungle Strike?

Jungle Strike takes place a few years after the defeat of Middle East Dictator General Kilbaba and his son, hell bent on vengeance has teamed up with a major drug lord, Carlos Ortega to Nuke the US and change the world.

It’s up to you as a seasoned pilot to stop their mad plan and save the good old US of A and this time you have a fleet of specialised vehicles to aid you throughout.

Unlike Desert Strike which was set in the Middle East, Jungle Strike takes you all the world.

You start and end in Washington D.C but you also get to visit south America, the Caribbean and even snow swept regions as you take out and diminish the baddies agenda which gives the game a more global feel to it rather than the regional aspect of the previous game.

Levels vary from standard daylight search, destroy and rescue missions to night time actions that require you to turn your brightness up to the maximum to help you see anything.

It’s a nice touch but given the Mega Drives resolution makes what would be a reasonably challenging mission frustrating and want you to hunt out the password for the next level so you can skip it entirely as the only time the screen lights up is when you have hit something with your weapons.

Get Out Of The Chopper!

You start the game off in the Commanche attack helicopter which has the same set up and weapons as the Apache in Desert Strike.

However, on level 2 you soon find that the only option is to land and jump in a bright Orange hovercraft and drop mines in front of oncoming submarines and shoot rockets at soldiers, Speed Boats and and assortment of other vehicles.

The Hovercraft is the most fun to use but is so annoying when you hit something as you spin around like crazy but it’s nothing compared to the F-117 Night Fighter.

The F-117 is the only jet you get to fly in the game and whilst it has unlimited ammo it is a huge pain to fly and has a turning circle of an oil tanker so make sure you are stocked up on lives when you get to use it.

The final vehicle is a motorbike which naturally is the least protected out of all the vehicles you get to use in Jungle Strike but its a blast to zip about on.

Whilst the extra vehicles were fun and added more variety it feels like today they detract from the constant action that Desert Strike had but for the time they made us part with the better part of £45 because it looked and sounded amazing.

Jungle Strike did improve upon Desert Strike in the graphics department both in the game and in the, for the time, detailed cut scenes which were incredibly rare to see back then on the 16 Bit machines .

The game features tons of different enemies to destroy and overall it has a slightly more mature feel to it compared to the original.

It’s still in the standard 2.5D style which made the Strike series so popular but it feels more polished and rightly so as the cart is twice the size of the original.

Sound is pretty similar to the first game, there’s no in-game music, although you don’t need it but in between levels its a bit less rock and roll like the first game and has a more subtle and mature Tom Clancy vibe to it.

It’s not the games strongest point but it suffices today still and does the job with it’s meaty explosions and hypnotising chopper sounds adding the atmosphere.

Is Jungle Strike Worth Returning To?

If you are a fan of Desert Strike (who isn’t?) then yes its great fun but the previous game feels more fun to return to after a long break.

It’s not a short game either so will take a while to beat.

Jungle Strike overall has more of everything and the variety of vehicles is fun for a short time but the chopper is where its at.

If you have the original game then you really should have this in your collection too.

Jungle Strike is still pretty cheap to buy on eBay and places like that and you will have a nostalgia filled blast throughout and chances are you’ll still marvel at the cut scenes like we did.

What do you think of Jungle Strike? Let us know in the comments below and add your own mini review!

Jungle Strike (1993) Mega Drive Classic Review
Is it worth playing again?
Jungle Strike is fun and well worth getting hold of again. The levels are long, the action intense holds up pretty well today although some of the vehicles you use are a bit frustrating.
Graphics
86
Sound
73
Gameplay
85
Classic Factor
89
Reader Rating7 Votes
92
Good Bits
Huge Levels
Great cut scenes and story
Bad Bits
Some of the vehicles are frustrating to use
Sound is OK
83
Retroheadz Score