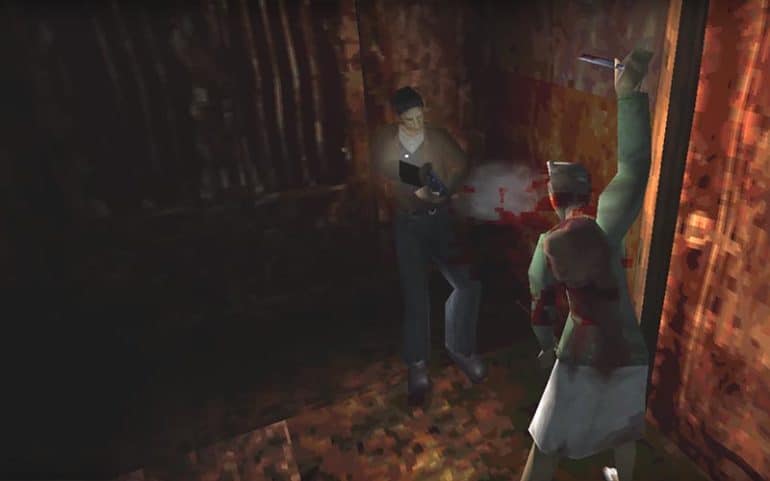 The season of the witch may have past but there’s always time to play some spooky videogames right?

Sometimes you just want to have the wits scared out of you.

Spooky Videogames Are What You Need

Sure a Horror movie classic or two can do this but if you want something more interactive then playing some spooky videogames will be the thing to do.

We got this covered for you if you need some ideas!

So, whether you’re after some kitsch fun or some genuine terror join us as we look at ten perfectly spooky videogames to play on Halloween or any time of the year.

What better place to start than MediEvil is there anything more Halloween than wandering around as a Skeleton while hacking apart your enemies.

MediEvil was great fun as well as being a deeply engrossing game.

Set in 1286 you play as Sir Daniel Fortesque, a Charlatan who needs to redeem himself by defeating the evil Zarok who accidentally reanimated the corpse of Sir Daniel.

Graphically it was heavily influenced by The Nightmare Before Christmas, making it a perfect game for Halloween.

MediEvil also recently got a remake on the PS4 which is well worth checking out.

Every gamer is at least aware of Resident Evil and it’s notorious gameplay and content.

In case you’ve been living under a rock, Resident Evil takes place in a mansion as members of Racoon City’s special Police unit (S.T.A.R.S) investigate some cannibalistic murders.

Obviously it all goes horribly wrong and you’re trapped in a survival horror the like of which hadn’t been seen before.

Zombies and Infected Dogs jumping through windows await you in this classic horror game.