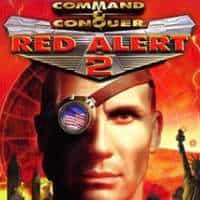 The Command & Conquer series is one of the most beloved real time strategy series to ever come out and whilst the original Red Alert was a fantastically well received it’s its sequel Red Alert 2 that still plays like a dream today still even though its now 20 years old.

Whilst the genre was hugely popular back then it was Red Alert 2 that took it to a whole new and wacky level from the masters of RTS games, Westwood Studios.

What’s The Story in Red Alert 2?

Red Alert 2 is set a couple of decades after the first game and shows a neutered Soviet Union’s leadership looking to turn the tables on the Allies and bring glory back to the motherland.

The wacky intro shows the mind controlling Uri destroy the Allies nuclear silos and then embark on a full-scale invasion of the good ol’ US of A.

You are the commander who’s tasked with stopping the invasion and freeing the country of the huge armies and armadas the Soviets have unleashed upon America.

You can also play as a Soviet commander and lead the invasion too.

The game is heavily story driven and is a huge part of the single players charm and is just as much fun today as it was back in 2002 when it first came out.

As with previous C&C games the object in most missions is to gather resources, build a base, repel attacks and go on the offensive.

Gathering gems and ore is vital to funding missions and the inclusion of oil derricks which need to be captured by engineers can make a huge difference to the speed and overall success of winning the game.

The controls are just the same as the previous games but come with a few new things like setting waypoints and as it’s running on a new game engine everything looked bright and colourful and it still looks inviting today.

Building bases and units is key to the whole game as you’d expect from an RTS game but Red Alert 2 injects some humor into the alternate history based game.

As the game progresses you get new weapons, units and buildings to use from Prism Towers to Weather Control devices and Nuclear Weapons to giant squids and attack dolphins. It’s bonkers but just feels right in this game.

The tech tree is intuitive, and its gradual release gives each mission a unique feel and style that made this game stand the test of time.

One thing that Red Alert has always done that isn’t available in the main C&C games is naval units which play a key role in the game.

The inclusion of naval units each with their own strengths and weaknesses means that you need to have to defend your expensive units like Aircraft Carriers from the likes of attack subs and giant squids from sinking your fleet so Destroyers and Dolphins will be needed to protect these key assets and counter attack before you can just sail on over and wipe out most of the enemies base.

The Soviet armies main offensive weapons are heavily armored and massively powerful but are slow, cumbersome and low tech.

The Kirov airships if allowed close to a base will wreck absolute havoc if not taken care of quickly with anti-air units and even then, you’ll need a lot of them.

The same goes for the Mammoth Tank which is a dual cannon equipped beast and is the biggest land unit in the game however for balance these units are costly to make so you’ll need to build more than one War Factory to speed up each units production.

Both bonkers units require a tech lab which is one of the weakest buildings in the game so taking that out can lock the tech tree again and slow down the enemy.

For the majority of other units the Soviets have they are cheap cannon fodder and can be produced rapidly from the standard solider where you can quickly get stacks of them into battle and attack dogs which are great at sending in all directions to reveal the map but little else.

To counter the Soviet units the Allies have a high tech approach which is similar to the real world NATO/Warsaw Pact dynamic.

Thanks to this high tech approach the units in the game are in the main more expensive or less armed but some have unique capabilities such as the Mirage Tank which disguises itself as a tree to jet packed troopers who soar over the sky armed with rapid fire machine guns and of course everyone’s favourite special ops soldier, Tanya.

Special mention has to go to the soundtrack which is still awesome today.

Westwood Studios music team cranked out some serious in your face tuneage to accompany the game and it works wonderfully throughout.

Sound effects are great too with meaty explosions and each unit has its own one liners that add even more fun into what is a stand out classic of the genre.

If Looks Could Kill

Graphically the game has obviously been surpassed by more modern games in the genre but the bright colourful 2D isometric styled visuals still look great today and at least you’ll know you can run this on pretty much anything today unlike the third game in the series which can slow down your PC on the highest settings.

However when you compare it to the first Red Alert game which came out only four years previously you can see the huge graphical improvements the game had.

Is Red Alert 2 Worth Playing Today?

Red Alert 2’s pace and fun factor is still there, yes there are better looking games out there but it’s the game play that counts here and Red Alert 2 has it by the bucket load.

The storyline is bonkers and fun and it will make a nice change to see decent full motion video instead of CGI based cut scenes and harks back to a simpler time and one that you’ll love to go back to as the game has so much to offer still.

One important thing to mention though is the multiplayer and skirmishes.

If you get the version on Origin you’ll find that you can only use the stock maps which are fun for a while but the game has a huge mod community and loads of custom maps which you cannot add on to that version which is a crying shame.

So, if you want to experience all that the fan community has to offer then you’ll need to hunt down and install an original CD-Rom copy to get the fully expanded experience.

If you’re not bothered about the extra stuff then the Origin version will be the easiest version to get hold of although you may have to change some settings around if you have a Windows 10 computer.

Overall Red Alert 2 is a classic RTS game that you should revisit every once in a while, it plays like a dream and will keep you busy for ages and if a game keeps you hooked does it matter how old it is?

Go back and revisit this bonkers alternate history based RTS and have a blast and as for its expansion pack, Yuri’s Revenge?

Well that’s a review for another time…line.

Command & Conquer Red Alert 2 (2000) Classic Review
Is it worth playing again?
Red Alert 2 is bonkers yet has a depth that only a truly great RTS game can provide and it does this without breaking a sweat. Go play it again today!
Graphics
86
Sound
91
Gameplay
90
Classic Factor
91
Reader Rating3 Votes
95
Good Bits
Epic fun thoughout
Loads of fun story based missions
Great Music and Sound Effects
Bad Bits
To experience all the extra maps you'll need an original copy not the Origin version.
We wish there were more levels to play
90
Retroheadz Score
Red Alert 2