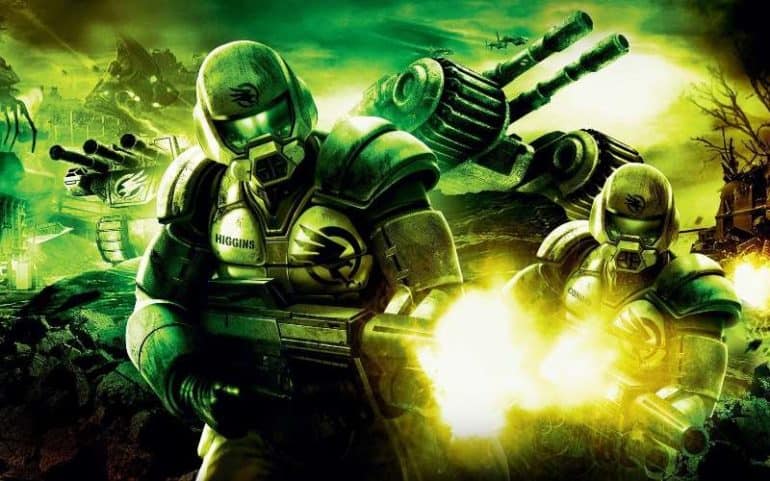 Winter’s coming as John Snow would say and with that dark nights and staying in and hibernating means you have time on your hands and need entertaining.

Alongside the tons of TV series and shows coming out to keep us glued to our sofas some of us like to do more cerebral things once in a while and one of the best ways to pass the time and stop your brain from stagnating is to play some epic strategy games.

This round up of strategy games focuses on the classics.

These games are huge in scale and depth and are great value and guaranteed to entertain into the small hours and of course are just plain fun to play as well.

Now because they are old there’s no patch’s or multi gigabyte daily updates to contend with and get in your way of having some fun so just install and play!

So without further ado these are Retroheadz recommendations of the classic strategy games to play this winter.

Ever wondered what you’d do if aliens invade Earth. Would you leg it and hideaway until your time was up or take the fight to them and kick them off old Gaia?

With it’s random generated and varied battlescapes and research tree that allows you to reverse engineer the aliens tech and even the odds alongside resource management and a fantastic atmosphere throughout this classic turn based strategy game from 1994 still plays like a dream today.

It’s peanuts to pick up on Steam and will provide weeks of entertainment and with an active mod community you can also customise the game too. Need some convincing? Check out our review of UFO Enemy Unknown.

StarCraft 2 is without doubt one of the best real time strategy games ever made.

The first part ‘Wings of Liberty’ will take a few long nights to play out is utterly compelling and is backed by a fantastic story line as you fight the bug like Zerg and the Queen of Blades and technologically advanced Protoss alien race and the good news is, it’s now completely free of charge, how’s that for value?

The game also has two other parts which are locked into the 30GB download and you do have to buy those but once you’ve done part one you’ll happily part with £13 a pop for each part to see the saga out.

Once you’ve had enough of the single player missions you can try your luck online as there is a huge online community still playing it, in fact this game is so huge it’s pretty much a national sport in South Korea.

Don’t let that put you off as you will be matched with people who are similar in skill to you rather than the pro’s who will end you very quickly. Be warned though, it is addictive!

You can get Starcraft 2 here.