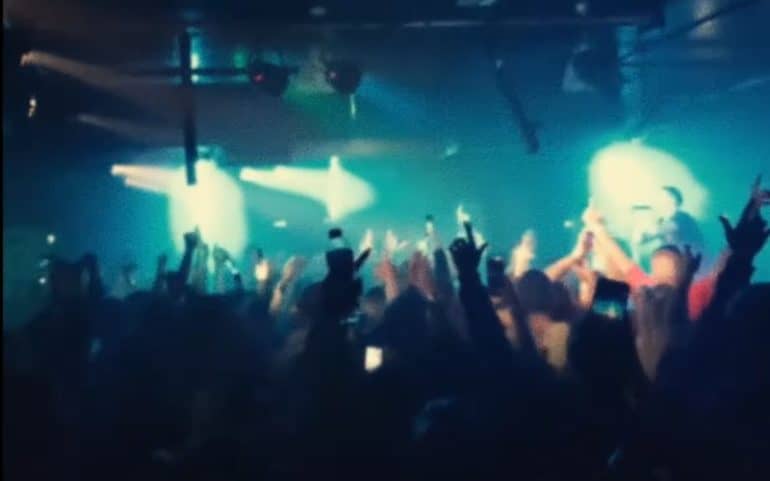 Makina originated in Spain and if you’ve never heard of the genre its a close cousin to Happy Hardcore with elements of Italo Dance and Hard Trance thrown in for good measure.

The Makina sound which started in the early 90’s is happy, frantic and fun with its pitched up kick drums, samples and happy melodies juxtaposed alongside blaring staccato alarms and techno sounds.

The genre’s Spanish sounds were brought back to the North East of the UK by DJ Scott in the mid 90’s and these sounds became an instant hit across the region.

Makina has stayed at the forefront thanks to legendary clubs such as the New Monkey, Blue Monkey, Afterdark and Hangar 13.

These venues and events were pivotal in nurturing a culture and sound that just like Happy Hardcore became supplemented with MC’s who echoed the trials and tribulations of living in the area and gave hope, happiness and helped bring together communities to party hard.

The cultural impact and the continuing presence of Makina has been highlighted by a joint Boiler Room and British Council documentary about its roots in North East youth culture.

Featuring a plethora of MC’s, DJ’s and Producers of the North East sound and the impact and culture legacy and future it still bring to people from all walks of life across the region.

Today, the music’s impact continues with labels such as Monta Musica and Rewired Records releasing a constant stream of music from local and global artists as well as putting on regular raves for an audience who laps it up and shows that its here to stay for years to come.

Do you like Makina? What are your favourite tracks from Spain and the UK? Let us know in the comments below.