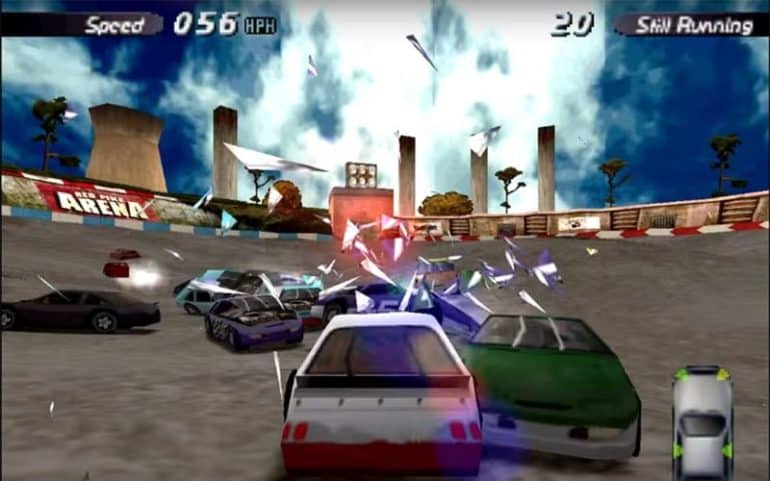 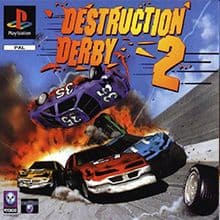 When thinking back to the Sony PlayStation, or the PS One as it was later known as, there are several seminal titles that made it the legendary console it became. One of those titles was Destruction Derby 2.

Destruction Derby was released in 1995 and was a brilliant game with a few obvious flaws.

When its sequel came out the year after a lot of those flaws were fixed and it was a whole new animal.

Was Destruction Derby  2 a game changer?

Why does it stand out from the other racing games of the time? Well, let’s take a look at what made Destruction Derby 2 the go-to racing game for a generation of gamers.

At its core, Destruction Derby 2 is a racing game but it was so much more than that. It had some next level game physics that allowed the cars to become damaged.

Whilst we’d seen this in games before this was completely different. Whereas before damage on the vehicle might have indicated by an area of the HUD turning red now you could see the damage on the car. Bits would fly off and areas would crumple.

On top of that, the damage would actually affect the handling of the car, this was massive. A crumpled left wing could spell disaster as you suddenly couldn’t turn round sharp corners.

Race to the death

Of course, as we’ve already said, this was more than just a racing game and that damage was essential.

You got extra points for causing damage to other players so you were actively encouraged to smash into the back of the car in front or ram the car you were overtaking off the course and into a tree.

Yes, this was the game that brought wanton destruction to racing and we loved it.

Not only could you race around some impressive looking tracks but you could smash up your opponents at the same time. Not only had the scenery been improved but Jumps and obstacles were also added to boost damage but also make the race more exciting.

Another element that upped the excitement level was the sound design.

The commentary was hyped up and the soundtrack was an all-out Heavy Metal assault.

The vehicles themselves were redesigned to look more like American Stock Cars which lent itself well to the damage elements of the design.

There were four modes in the game which kept it interesting as well. Championship mode had two settings, the first was a traditional league racing mode consisting of four races. The second was Wrecking Racing which was all about the damage you caused to other cars as well as your final position. There was a Race Practise mode, Time trial and of course the new Multiplayer mode.

One of the major improvements from the original was the Multiplayer element, this made for some seriously heated scenes as you destroyed your friends’ cars.

Of course, we can’t talk about Destruction Derby 2  without mentioning its most popular element, The Arena!

So you’ve been racing and racing but in all honesty, all you want to do is break stuff so where do you turn? The Arena that’s where.

Yes, we’re sure you all remember this as the ultimate Destruction Derby element. You and the other 20 cars in a death match set in a big circular arena, last car standing. Epic!

This is where Destruction Derby 2 really came into its own and where true rivalries began.

In Destruction Derby  2’s multiplayer you would spend your time just looking out for your friend’s car to destroy.

All whilst dodging the other cars in the arena.

By modern standards, the graphics definitely look dated and the gameplay is bizarrely hard now. That can’t take away from the fact that it remains one of the most entertaining racing games ever released and for that, we will be eternally grateful. We only wish that it could get an HD reissue so that we could play it on the PS4 or even the Xbox One. We’d certainly buy it.

Also with that in mind, it’s worth noting that the original Destruction Derby was re-release of sorts on the Playstation Classic console along with another 19 games so that’s got to be worth a look.

Destruction Derby 2 remains a classic to this day and rightfully so. If you missed out on it then we highly recommend you find a way of getting it. It’s a must play for any gamer.