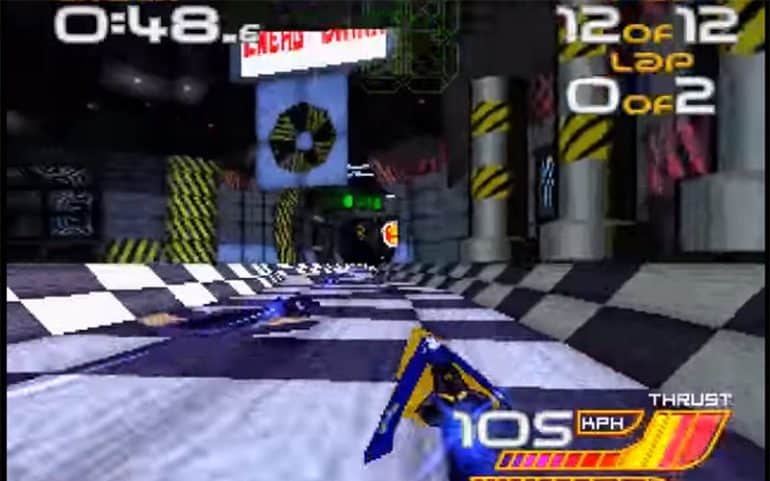 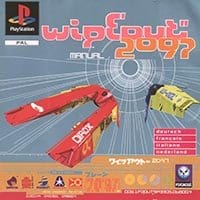 Wipeout 2097 was released in 1996 by game developers Psygnosis.

It was a game that captured the imagination of an entire generation and showed everyone what the Playstation was really capable of.

The game was named WipeoutXL in the United States and was released just one year after the original Wipeout game.

You race in the F5000 AG Racing League, the AG standing for Antigravity, which features extremely high-speed vehicles on tracks that are more like roller coasters that racing tracks.

In addition to the seriously high octane racing, you also collect weapons as you go around the track which you can use to slow down or destroy your opponents.

In essence, this was like a much more grown-up Mario Kart mixed together with F-Zero.

There were four different classes named Vector, Venom, Rapier and Phantom, each with increasing difficulty and as the difficulty increased so did the number of laps you had to complete.

Your craft would start to slow down the more damage it took so there was a “pit lane” that recharged your craft near the finish line.

The design of the game was very fitting for Playstation at the time as it was totally in your face. The locations were bright and neon advertising boards flashed passed you constantly.

As if the flashing adverts and futuristic scenery wasn’t enough to distract you then the constant threat of being hit by a weapon certainly was.

Whether you were being hit with a Pulse or having the entire race track moved from under you by a Quake there was always something to help you lose the race at the very last second.

This was definitely a game where seconds counted too. It may sound obvious but winning was often down to a hundredth of a second.

This was further enhanced by the iconic soundtrack. Whilst not the first game to feature real music from recorded artists as opposed to midi soundtracks it was certainly the first one to really make us pay attention to what was possible.

Psygnosis knew what they were doing when they designed Wipeout 2097 that’s for sure.

You have to remember that this was at the height of Club and Rave culture in Europe and they tapped into that scene perfectly.

The advertising boards were largely for the new drink on the block that was sweeping the clubs at the time, Red Bull.

The game was also a massive hit in clubs themselves, Sony had the foresight to have their new console installed in clubs up and down the country, a strategy that tapped their user group directly.

As if the advertising and look wasn’t enough of a hint at its raving fan base then the Soundtrack certainly was.

This was a game that brought the burgeoning genre known as Chemical Beats right at the forefront of popular culture.

With artists such as Future Sound Of London, The Prodigy, Chemical Brothers, Fluke, Underworld and Photek this was guaranteed to sound as futuristic as it looked.

There were also two tracks on the soundtrack by and artists known as Cold Storage who had previously done the incredible soundtracks to games like the Shadow of the Beast series.

On the Sega Saturn and Mac versions, all of the music was written by Cold Storage.

Is Wipeout 2097 Worth Revisiting?

In one word, yes.

Playing this game now is just as exciting and thrilling as it was in 1996.

There may have been faster and slicker racing games released since but few have ever been able to capture the excitement created by Wipeout 2097.

Yes, the graphics look a little dated now and the controls certainly feel a little clunkier than they used to but we prefer to think of it in terms of driving a classic car.

Yes, it’s rusted around the edges but it’s fun, and that’s what it’s all about.