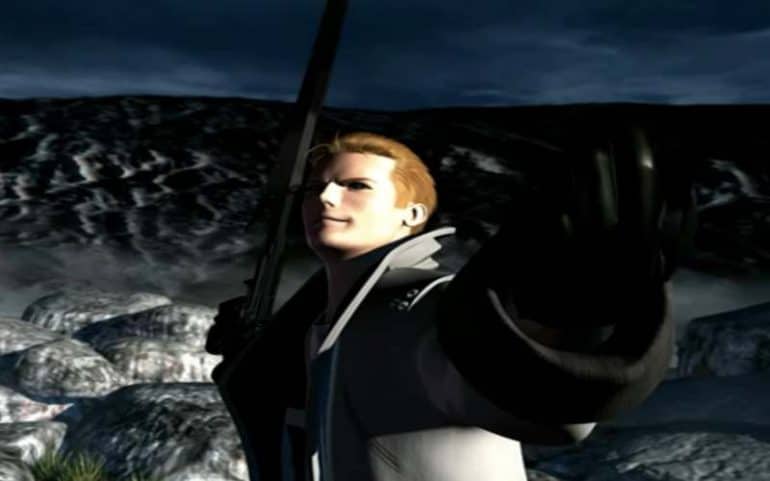 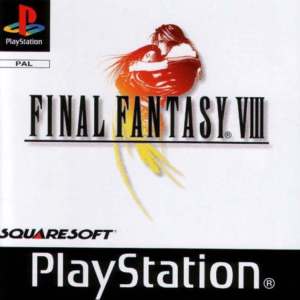 There aren’t many games on the market with a franchise as strong as Final Fantasy and back in 1999 we were treated to its eighth instalment.

Hardcore fans will likely tell you that seven is the jewel in the crown of the franchise and in many ways they are right. That said we feel as though eight is unfairly overlooked.

In case you don’t know, Final Fantasy VIII is an RPG made by SquareSoft and originally released on the original PlayStation.

Final Fantasy VIII is set in an imaginary world and follows a group of mercenaries from Balamb Garden as they join a bitter struggle against the sorceress Ultimicia and her forces.

Ultimicia has travelled from the future to try and compress time, like you do.

The world is split into five distinct land masses each with their own unique identity.

Esthar in the east is the largest. Galbadia, the next biggest is in the west. Trabia is an arctic region in the North. Balamb is the smallest and is central to the map.

Finally, there is unnamed but is extremely desolate and broken due to a “Lunar Cry”, an event which saw monsters from the Moon fall to the planet.

Who Are The Characters In Final Fantasy 8?

The main character is Squall Lionheart an unusual protagonist at the time due to his closed personality.

He struggles to admit his vulnerability throughout the game despite his love for a young resistance leader named Rinoa.

Rinoa Heartilly leads the resistance in Galbadia and is an outspoken character who follows her heart.

Quistis Trepe is Squall’s tutor at Balamb Garden who guides the team with her advanced knowledge and patience.

Selphie Tilmitt is a young girl who pilots the teams ship the Ragnarok. She’s always cheerful and full of youthful energy.

Finally there’s Irvine Kinneas, a skilled marksman with a cowboy style and a love for the ladies.

Together this group are part of SeeD the elite military force that protects the Gardens, which are essentially military universities.

In addition to these heroes the other main characters are Seifer Almasy, a former SeeD cadet who joins an evil sorceress, named Edea Kramer, who’s trying to destroy the Gardens.

Later in the game we discover that Edea was in fact married to the Balamb Garden headmaster Cid and that she has been possessed by the future sorceress Ultimicia.

Final Fantasy VIII Is All About The Story

Final Fantasy VIII has a complex story that keeps you gripped until the final scene. It’s hugely complex and is has a level of depth unheard of at the time and rarely since if we’re honest.

As the player you’re fully invested in the characters and by the end of the game you can really feel the emotion of every event.

You desperately want Squall to open up and save the girl he secretly loves.

Whilst the overriding story is based on defeating Ultimicia this game is really set apart by the love story between Squall and Rinoa.

Most Final Fantasy fans will happily admit that it’s one of the all-time great love stories but don’t go thinking that it is in any way soppy or weak.

This is a deep and tragic story that will have the most heartless among us dreaming of a happy ending.

Another element to the story that we haven’t mentioned is time travel, or rather the confusion of time.

At random intervals throughout the game Squall has blackouts and we are suddenly playing as a different character named Laguna Loire.

Laguna is a soldier with the Galbadian army who wants to be a Journalist. He is joined by his two companions Kiros Seagill and Ward Zabac.

These segments see Laguna and his team during various conflicts.

He is in love with a woman named Julia Heartilly but they are separated when he’s injured.

He then falls in love with a young nurse called Raine whom he marries.

It is implied later in the game that Squall is their son who was sent to an orphanage when Laguna became president of Esthar.

We’re sure you didn’t miss the fact that Julia shares a surname with Squall’s love Rinoa either, did you?

As we said this story is complex.

Much like the previous games in the series the game play is based on three distinct types.

An open world map shown in a 3D style, a Field map which is a more traditional “level” based scenario where the player essentially gets from A to B and finally the Battle screen in which fights take place in.

The fighting is turn based and can see the characters using regular weapons, magic, items and Summons.

The summons were incredible when it came out as huge beasts named Guardians were called upon to unleash devastating attacks.

In order to obtain these Guardians you would have to prove yourself by defeating them in battle first which was often harder than some of the games bosses. Odin anyone?

This, much like the magic attacks, was very clever in that the animations would get more detailed as the players power progressed.

As with all Final Fantasy games the music is iconic and ranged from beautiful piano themes to high energy dance tunes depending on the scenario.

In many ways it was one of the first games to really achieve an almost seamless feel to how the music complimented the game play.

Whilst this has been perfected in recent times with games like Fallout 3 or Skyrim it was unusual at the time.

One of the main things that always set the Final Fantasy games apart are the graphics.

As well as being huge and in depth games they are always visually ahead of the game and Final Fantasy VIII was a massive leap even by their standards.

Whilst 7 was still very cartoony and blocky, Final Fantasy 8 was hyper realistic in a way that we just hadn’t seen before.

At the time it was like watching a movie which seems almost laughable these days but it really was.

Another thing that set the game apart at the time was its size.

At the time your typical PS game would be on one disc and that would be enough but not this game, oh no. Final Fantasy came of four discs, that’s how vast this game was.

This gave you an enormous amount of satisfaction when you finally reached a point where the game would suddenly announce that you had completed that disc and would need to start the next chapter by changing the discs.

This also gave you a mini heart attack in case the memory card (remember them?) corrupted during the disc change.

If this happened you were more than within your rights to throw the entire console through the TV as you literally lost everything and would have to start again.

Is Final Fantasy 8 worth playing today?

This is one of the all-time classic games and it still brings just as much joy now as it did at the time.

Yes, the graphics and game play may be a little dated but it doesn’t really matter.

In fact this particular writer would go so far as to say he prefers this battle system to the latest ones.

Also despite being released in 1999 the graphics actually hold up well.

Need an even bigger reason to pick this up again or even play it for the first time?

Well, a remastered version of Final Fantasy VIII with improved graphics and character modelling is out now on PS4, Xbox One, PC and Nintendo Switch.

Final Fantasy VIII (1999) PlayStation Classic Review
Is it worth playing again?
You will not be disappointed to pick this up again as it really is an all-time classic. It may be worth waiting until the Remaster comes out though as original copies go for up to £40.
Graphics
90
Sound
95
Gameplay
85
Classic Factor
95
Reader Rating9 Votes
88
Good Bits
Epic story
Impressive graphics
Bad Bits
Load screen times can grate a little
Slightly clunky controls
91
Retroheadz Score