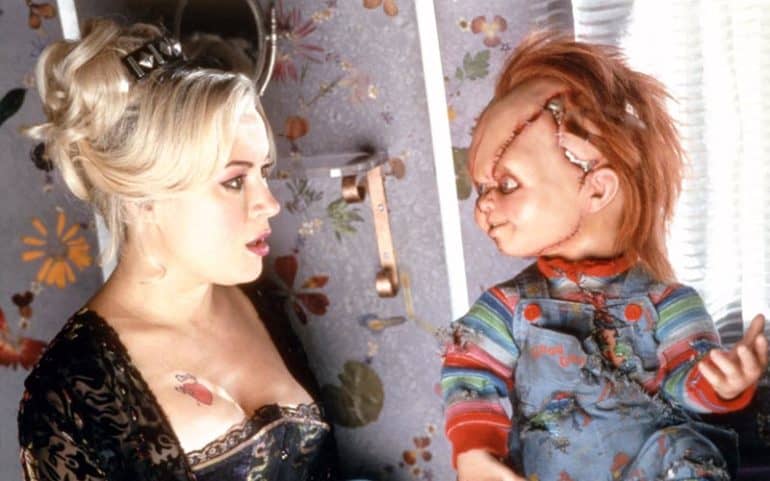 Whilst the 80’s were famous for video nasties and low budget gorefests 90’s horror went mainstream.

Admittedly the ’90s weren’t great for horror and there were a lot of remakes to get through before you could find something decent to watch.

You had massive franchise series’ like Scream, I Know What You Did Last Summer and Final Destination but under the surface, there were some great movies that didn’t quite make it.

So close the curtains, dim the lights and join us as we explore ten alternative 90’s horror movies you need to watch.

Fire In The Sky tells the story of a group of loggers who come face to face with a UFO. One of the men named Walton is hit by a mysterious beam of light whilst the others flee, presuming he’s dead.

What follows is one of the most intense and disturbingly realistic films of all time.

The men are accused of murder and investigated thoroughly until Walton turns up emaciated and naked.

There are some pretty harrowing scenes of Walton being experimented on aboard an alien craft.

This is actually based on a true story too which just makes it that bit more freaky.

In fact, the whole film is pretty grim and one of those you should see but probably won’t want to watch again.

Idle Hands remains one of the best comedy horrors around.

Based on the premise of the devil makes work for idle hands, a young stoner called Anton wakes up on Halloween to find his right hand has been possessed by the devil and his parents are dead.

His hand then goes on a killing spree while he tries to hang out with his stoner friends, both of whom he kills but they come back as zombies.

It’s a really fun film and has great cast including Seth Green, Jessica Alba, Elden Henson and Vivica A Fox.

Idle Hands also has a great cameo from Punk band The Offspring which can’t be missed.