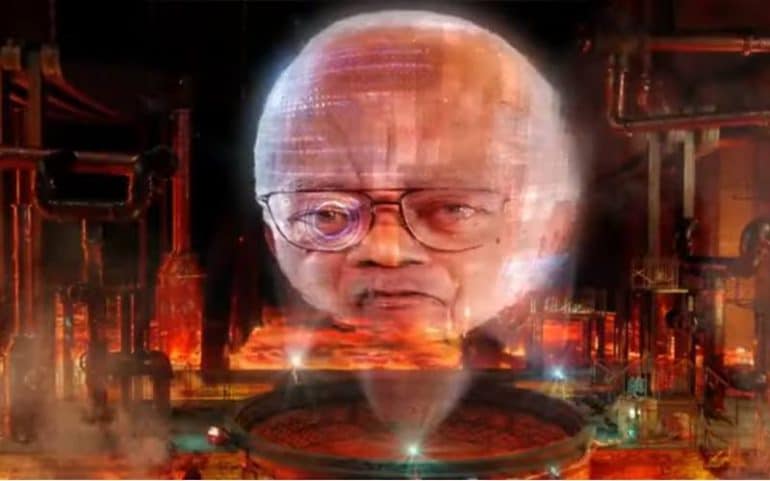 Gamesmaster, the classic and very tongue in cheek Videogame TV show is coming back for a new series after a hiatus of nearly 23 years.

The new GamesMaster series will be on E4 and will hopefully have news, reviews and tips alongside the celebrity challenges just like it did when it was first broadcast back in 1992.

The show is now presented by not one but three presenters so no Dominic Diamond or Dexter Fletcher in sight for this.

Sir Patrick Moore was the original Gamesmaster, however the Sky At Night presenter sadly passed away back in 2012 so who will be taking his place, well, its none other than Sir Trevor McDonald.

Yep, everyone’s favourite newsreader is taking the helm of goading and belittling and generally taking the mick out of contestants, it wouldn’t be Gamesmaster without would it?

Where Can You Watch Gamesmaster?

This is really low compared to Season 2 & 3 that racked up 26 episodes each and the rest were between 10 and 18 episodes.

We reckon this is a test to see if there is a market for it although they are hour long episodes compared to the previous series 30 min run time.

What’s The Theme For The Show?

As with all previous series of Gamesmaster there is always a theme to proceedings.

It has previously been set in a church, oil rig, prison, desert island and Atlantis. This one is filmed in a pump house so maybe it will have a similar aesthetic to the oil rig from Season 2.

Want to see the teaser for it? Here you go.

One more thing worthy of a mention is the Golden Joystick is still the prize up for grabs for contestants along with a good dose of humour although we hope the focus is and remains on the games themselves.

The question remains what do you think of the new series, will it be any good or is it best left in the past? Let us know in the comments below.