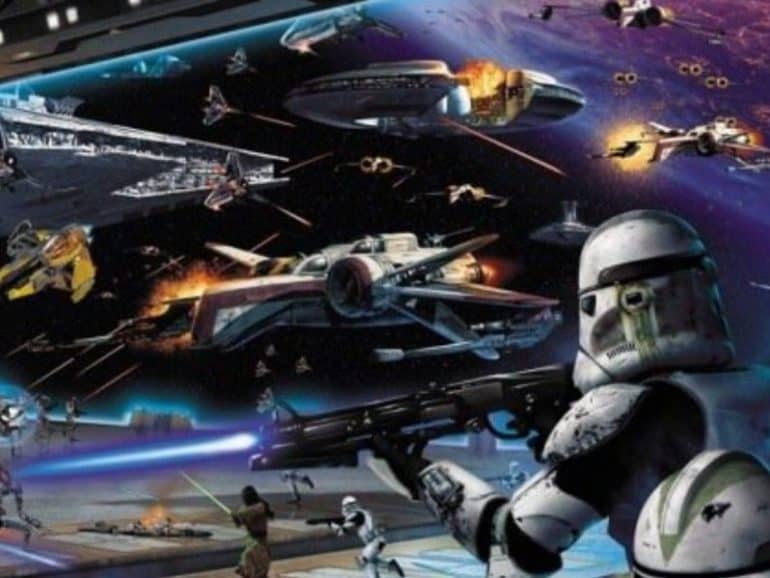 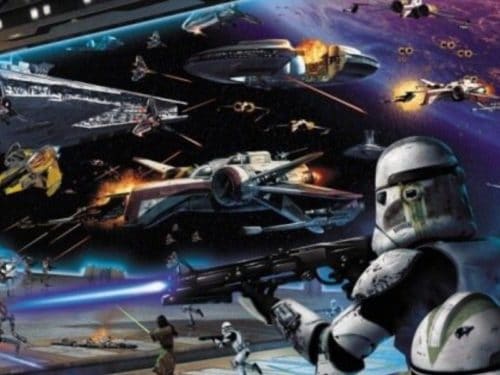 Star Wars Battlefront 2 was released in 2005 and was developed by Pandemic Studios and Published by LucasArts as the second game in the series. It was released on PlayStation 2, PSP, Windows and Xbox as a sequel to the 2004 first game.

The Battlefront Franchise recently got a re-boot in 2015, Developed by DICE and published by Electronic Arts, and even though it was received very well, a lot of people still preferred, or at the very least have very fond memories this old classic due to its gameplay and feel.

The game included content from both the original Star Wars films and the prequels, including maps and characters from both. The campaign that was included was satisfying and could be played numerous times just on your own, unlike the new version, which doesn’t really have a single player story element at all.

The 2005 game also had an ‘Instant Action’ mode, which meant you could choose from the many, many planets and maps to play on, and you could even select from six game modes: Conquest, Capture the Flag, Assault, Hunt, Global, and Hero. You could also choose which Era you wanted to play in, the Clone Wars or the Galactic Civil War.

Most importantly, the game worked with Split-Screen which meant if you wanted, you could play through the campaign with your friend, or play any possible combination of map and game mode on ‘Instant Action.’ One of my personal best memories of this game is running around on the ‘hero’ mode at Mos Eisley and battling all the Jedi/Sith and other special characters.

Graphically for a 2005 game, Star Wars: Battlefront II still holds up surprisingly well! From the rainy factory map of ‘Kamino’ with its large drops into instant death, to the shining halls and corridors of the Death star, the game looks good, and the gameplay soon helps block out any of its graphical faults.

Sound wise, all the blasters, vehicles and other effects sound pretty accurate to the films, which pleases many hard-core fans. A lot of veteran Star-wars voice actors returned to voice parts in the game, including Bob Berges who worked as a voice double for Mark Hamill, actors who voiced parts in the Clone Wars Animated Series, and the actual actor for Boba and Jango Fett, along with the clone narrator. Both effects and voices were pretty solid in this adaptation of Star-wars.

The Gameplay in Star Wars Battlefront 2 was probably one of the high points of this game; you could play in either first or third person. Even playing as a generic clone/storm trooper (even with all the other options) was still very fun and addicting. The game also included many other elements that kept it fresh, such as: Jetpack troopers, heavy Rocket troopers, different types of droids like the Droidiker (The one that rolls), many vehicles and turrets, and special characters such as Yoda, Han Solo, Mace Windu… pretty much anyone you can think of. I could go on.

Star Wars Battlefront 2 was definitely not lacking content, with many maps and characters to play as, which is getting increasingly rare in games nowadays, with the rise in DLC content. The gameplay was satisfying and varied. Not to even mention the game had space battles as well.

In my opinion, this game, even though it may not actually seem that old, is an absolute classic that has not been able to be fully recreated. Even though the Star Wars Battlefront 2 didn’t revolutionize the industry or anything like that, it is still probably one of the best Star Wars video games available, just because of the sheer amount of content and fun gameplay it supplies.

I will still go back to this game years later, for a good reason. If you used to play this, maybe it’s worth digging out your old copy with your PlayStation 2 and take a trip down memory lane.

One more thing, if you’re a fan of Star Wars and have never got round to giving this a go, I’m sure you can find this somewhere for pennies and for that reason its worth picking up, you wont regret it.

Star Wars Battlefront 2 (2005) – PlayStation 2 Retro Review
Is it worth playing again?
Star Wars: Battlefront II is regarded by fans as still one of the best star wars games. I don't know about you, but I'm definitely playing this more often!
Graphics
80
Sound
90
Gameplay
93
Classic Factor
90
Reader Rating2 Votes
93
Good Bits
It's Star Wars and It's epic
Cheap as chips to buy
Bad Bits
The series has evolved
88
Retroheadz Score