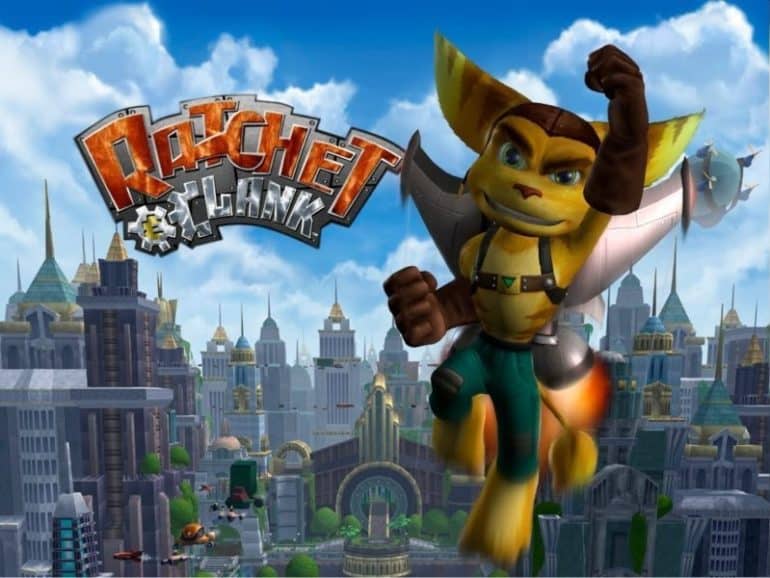 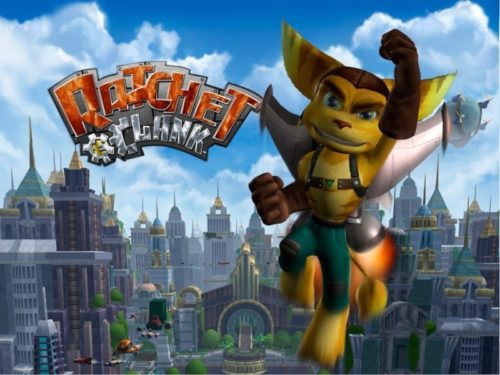 Ratchet & Clank is set in a Sci-fi setting following a young ‘Lomax’, cat-like creature named Ratchet who has always dreamed of travelling the galaxy with his ship. He meets a little robot, aptly named XJ-0461 also known as Clank.

Clank escaped from his factory and crash-lands on the same planet as Ratchet. Clank then helps complete Ratchets ship, and they team up to stop the Evil Chairman Drek who wanted to harvest a number of plants to build a new one for his benefit.

This is portrayed as the main goal in the game but as you explore, tonnes of subplot unravels, and you don’t just find yourself grinding through levels to get to the end. The progression flows smooth and does not feel rushed or forced.

Graphically the game holds up incredibly well for a 2002 game with the animations looking very natural, and the player models look great, even to this day.

The variations in all the planets you visit are vast and carried out very well with each one feeling different and new to keep you interested. Each one mostly looked visually pleasing, apart from some sections did suffer a little due to being too dark.

The voice acting was perfectly fine, with no character really having a bad performance. The sounds were overall very good with fast beat techno type music,  that did fit when you were running about with your vast arsenal of weapons.

The game play had a lot of replay-ability with it being a mix of action/adventure/platforming, but mostly involved either using Clank who’s positioned on your back to give you abilities, like jumping higher or hovering to get around or using your weapons to engage in combat which is satisfying and rewarding.

The humour that is present in Rachet & Clank makes the game play more enjoyable as you actually find yourself involved in the cutscenes instead of just switching off and ignoring them, which some games can suffer from.

Let’s not forget about the mini games, like ‘the trespasser’, an ever difficult increasing laser game that became a fan favourite. Of course, with many others.

There are obviously bad aspects of this classic, including the lack of health and the fact that items can be a bit overpriced in comparison to how common the currency is (bolts). None of these problems really take away from the experience too much.

If you got into the Ratchet & Clank series later on with one of its many games and wonder where it all started. This original titles still holds up significantly well compared to some titles that came out of the early 2000’s.