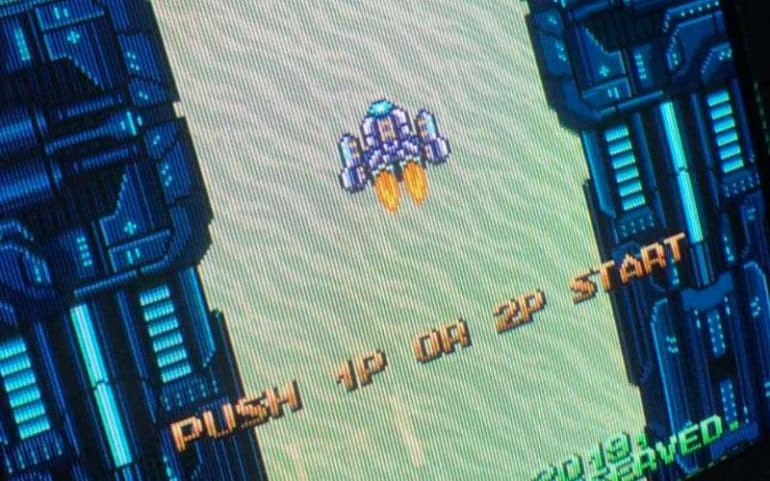 Doing the rounds on Reddit and Twitter is an announcement from developers Fullset about a new Neo Geo game called Project Neon.

“Big dreams even if they doubt them” … #new #neogeo #shmup #retrogaming pic.twitter.com/M4xcAU0mb4

The announcement was short and just showed off two screenshots of what looks like the title screens and as expected a flood of questions came in from retro gamers on Reddit about the vertical Shmup and from the answers given we can tell you that:

Project Neon is in the very early stages of development and will have five levels and bonus stages as well as big boss fights.

It will play only in TATE mode, that means you need to turn your screen vertically rather then play it like any standard game as this is the best way to play vertical shoot ’em ups.

It will be 1 or 2 player co-op as the title screenshots show that and they have stated that it will be a Neo Geo exclusive although we’re not sure if that just for the MVS or will also include the home AES versions as well for the time being but never say never to it coming out on other systems like the Dreamcast or even current gen systems.

As with other new Neo Geo releases like Xeno Crisis and Krautbusters if it does indeed see the light of day expect it to sell out pretty fast as any self respecting collector of Neo Geo games will snap this up in an instant if it makes it to production as with all new games for old systems we hope it does.

If it doesn’t then at least it proves there’s continuing interest in new Neo Geo games nearly 30 years since the hardware first came out.

We’ll update you when more info is released and whether it becomes a Kickstarter or not.