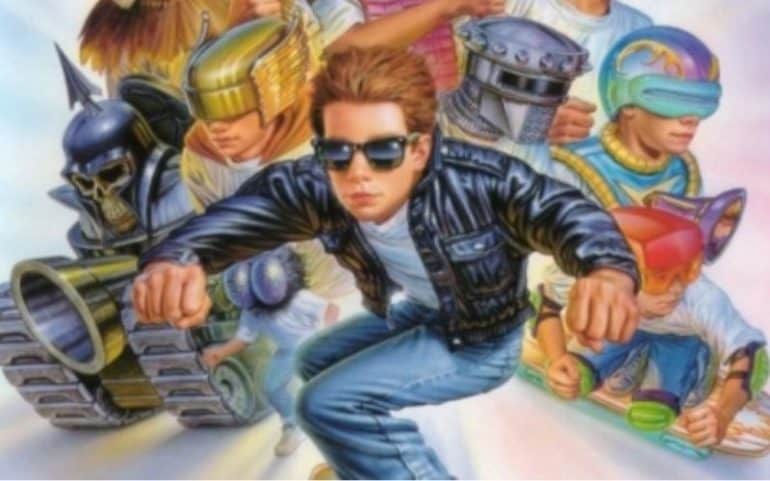 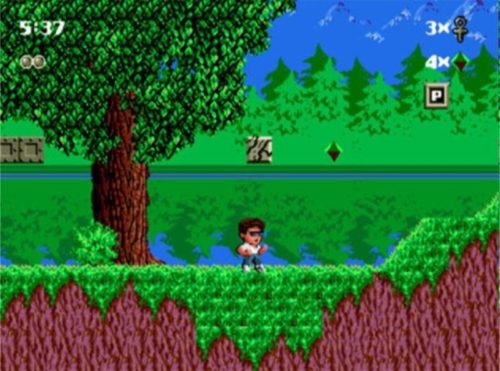 The first generation of home computers were great, and had a charm all their own but they still had a way to go before they could produce the, for me, quintessential platformer, Kid Chameleon.

It wasn’t until the start of 1989 (or 1990 in the UK) that we were able to recreate the complete majesty of arcade-standard games at home, with all of the sixteen bit deliciousness that was: The Sega Mega Drive.

Right from the off you had amazing games like Altered Beast or a bit later on with Sonic The Hedgehog that were every bit as good as anything you might find in an arcade, with the added bonus that it didn’t cost you every time you wanted to play.

It was the long awaited revolution in home computer gaming, and the catalogue of excellence eventually grew to over nine hundred games!

Of course I was fully enjoying the sheer profusion of games available (this was in the days when you could hire games from the local video store), but in the summer of 1992 a game came out that blew me, and the competition, away. It was, of course, the totally awesome Kid Chameleon.

The games premise was unusual (and pretty ahead of it’s time for 1992) because it was about a virtual reality arcade game that starts keeping the children that lose prisoners.

The only thing you have to do is stay alive and touch the flag at the end of the level to progress to the next, but there are bonuses for doing so with style. Not being hit, for example, or finishing under a time limit.

You get an extra life for every fifty thousand points you earn, and a bonus for not using power-ups, but this is just icing. The real joy is in the many and varied helmets that Casey finds dotted about each level inside little boxes marked ‘p’ (presumably for prize), which are utterly fabulous!

Each one gives you different abilities, handles differently (has different physics), has its own cool little sound effects, and a fanfare when one falls on your head.  Here’s a list:

The prize boxes are everywhere, in every level, sometimes hard to reach and sometimes invisible. They contain all sorts of goodies, such as single diamonds (which can be paid to enable special attacks with each different helmet), multiple diamonds, Helmets, clocks (for extra time in speed levels), little silver ankhs (extra lives), gold coins (extra continues) and ten thousand points (super rare).

There are four main stages, each containing around twenty levels with an end of stage Boss. So far, so normal. The thing is, there are also thirty two ‘Elsewhere’ levels that exist outside of the linear progression of the ‘normal’, flagged levels.

These secret levels are usually accessible from hidden areas, sometimes only available to specific Helmets, and can be used as shortcuts, if you know the path. If you don’t then you can end up going round in circles or actually being put back. Also, some of these levels are dead-ends.

Altogether there are a staggering 103 levels in this beast of a game, though if you make a wrong turn you can end up having to do a section again, so theoretically you could keep going forever.

Every level is meticulously crafted, a perfect exercise in logic and puzzle solving. There are ‘themes’ running throughout the stages, like Woods, or Desert, or Mountain Pass but no two are alike (and there are twenty five themes). Some levels require multiple play-throughs with different Helmets to fully harvest all that they have to offer.

The exquisite detail is truly humbling, I mean, there are fourteen types of blocks, each has a different function and behaves in a different manner, ranging from rock blocks (smash ’em), to rubber blocks (bouncy), to ice blocks (slippery), even ghost blocks (that disappear the very instant you touch them).

Also, as if all that wasn’t enough Kid Chameleon is set to a high energy, 80’s synth-heavy soundtrack that is ridiculously catchy and somehow fits in with the sound effects. Like whenever Kid Chameleon gets hit, you hear ‘Ow!’ and ‘Bummer!’ simultaneously, and it’s always on the beat!

Likewise when you get killed and hear a throaty ‘Die!’, not to mention the dozens of monsters battle cries and sound effects, it’s just sublime.

Plus the game plays lightning fast, is super responsive and really, incredibly difficult in places. I regularly used to play this for eighteen, twenty hours straight, and I only know one person who has completed it. It took him a day and a half and nearly killed him, now that’s dedication!

That’s the final reason that this game is an all-time solid gold classic: There was no save function. You played it until you finished it or you died, just like Kid Chameleon had to.

Kid Chameleon (1992) Mega Drive Retro Review
Is it worth playing again?
Kid Chamelon is a fantastic game that keeps on giving. Go back and invest some time in this classic and you won't regret it.
Graphics
75
Sound
80
Gameplay
86
Classic Factor
90
Reader Rating3 Votes
72
Good Bits
Lots of variety
It has 103 levels
Bad Bits
Graphically its not that great
It gets a bit tricky in places
83
Retroheadz Score