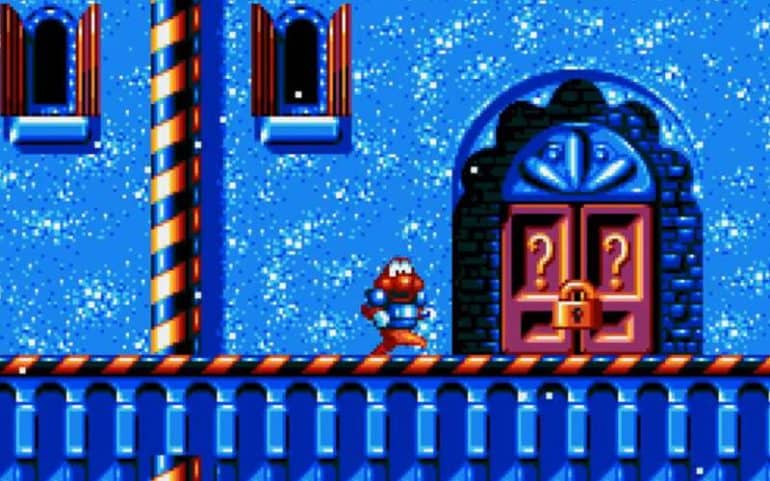 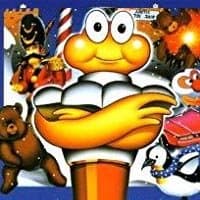 James Pond 2: Codename Robocod was released in 1991 on the Sega Mega Drive, Atari ST and Amiga.

What Was James Pond 2: Codename: Robocod All About?

The game itself was a very tongue in cheek platform game in which you play James Pond, an anthropomorphic fish hired by the British Secret Service to defeat the evil Dr. Maybe.

Dr. Maybe has moved to the North Pole and taken control of Santa’s workshop, holding its workers hostage and turning them into his evil minions.

Most of these workers were Penguins, although these were changed to elves in some versions.

James Pond is given a robotic suit to aid him in his quest and given the codename Robocod.

The suit gave him extra abilities like super strength and the ability to stretch his body to reach high places.

Ultimately James has to rescue the captured workers, save the toys destined for the children of the world and defeat Dr. Maybe.

As well as Penguins there are a whole host of other “creatures” sent to stop you on your mission.

With the game being set in a toy factory the other enemies are all based on toys. There are Birds with playing cards for wings, toy trains, cars, walrus, jet fighters and beefeaters.

The level designs are equally as wacky with 50 different zones in total.

The levels include snowy areas that are actually made of icing, Lego bricks, Vinyl records, cheese puffs, teddy bears and all other manner of weird things to traverse.

This was mostly made all the more garish with static backgrounds of clown faces, teddies, repetitive patterns or stripy straws.

The penguins in the game were in fact product placement by McVitie’s for their famous Penguin biscuits.

In fact, some levels even had penguin bars in them. As well as this you can also find Bertie Basset as an enemy in a liquorice allsorts level.

James Pond 2 was one of the first games to utilise product placement in this way and it certainly wouldn’t be last.

The gameplay was very basic and in all honesty, it wasn’t very different to play than any other platform game at the time.

You killed enemies by jumping on them, of course, and there were plenty of pits with spikes and moving platforms to make your way across so there was some challenge in getting that right.

The ability to stretch yourself helped to keep it interesting and there were a number of vehicles you could use.

These included a car, jet plane, and a flying bathtub. All of these added something different although they didn’t really add all that much as their movement was very basic.

The entire game really felt as though you had slipped into some sort of terrible fever dream.

It was so brightly coloured that it really hurt your eyes after a while and all of this was not helped by a completely mental soundtrack.

The music in the game was all repetitive loops of jaunty tunes in true Midi style that just added to the feverish feel of the game.

It was novel and effective but could certainly get annoying quickly.

If you played it the first time around then James Pond 2 is certainly worth revisiting for nostalgic reasons.

If you love platform games like Castle of Illusion then it’s certainly above average and you’ll get plenty of game time from it.

We certainly enjoyed rediscovering the levels and the fun enemies but we would probably say that a casual gamer probably wouldn’t get much from it these days.

Unfortunately, James Pond 2 hasn’t found its way on to the Mega Drive Mini which is a real shame.