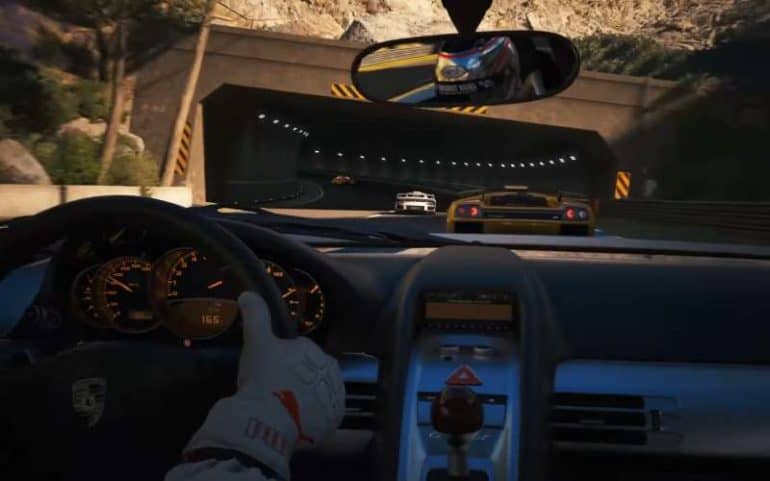 The PlayStation 5 has been revealed to the world and whilst the 4K Blu-Ray equipped console has been the star of memes across the web due it looking a little like a router box nestled between a lever arch file (well, we like the look of it) there’s no disputing the next gen power under the hood of the upcoming console from Sony.

One game that really showed off what the PS5 is capable of is the consoles flagship driving simulator Gran Turismo 7 and boy does it look good.

Here’s the preview of it running on the PS5.

Is This For Real?

It sure is, as you can see there’s some serious detail on the cars, interiors, scenery and by the looks of things in the reveal the weather too.

There also looks like they’ll be a lot of cars to drive including the Gulf liveried Porsche 917, Lamborghini Diablo and Ariel Atom among a whole host of current and classic cars.

Gran Turismo has come a long way since its beginnings on the original PlayStation which at the time saw mostly arcade style racers on the 32-Bit platforms and with this game it ushered in a new era of what a driving game should be and has been synonymous with driving sim’s ever since.

The game is sporting some pretty slick and realistic graphics and sound but that’s to be expected from a game of such pedigree and polish.

As to whether it will be out in time for launch is unknown, however given the level of expectations that fans demand if it needs a bit longer to finish off then so be it.

Gran Turismo 7 was just one of many games revealed at the Playstation 5 Showcase including Resident Evil 8, a new Spiderman game, Ratchet & Clank, Hit Man, Demon Souls, Stray and PS3 favourite Sackboy is back too in a new game exclusively for the PS5.