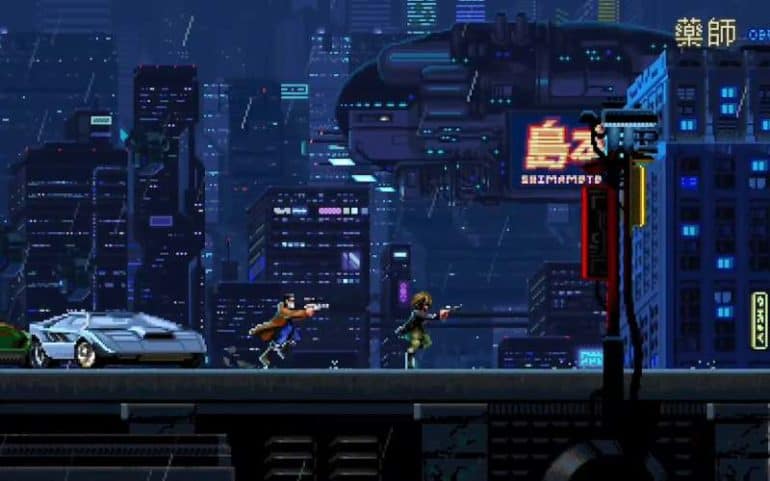 The game is billed as an action comedy game in the launch trailer and see you as one of four bounty hunters who take down viscous gangs and bosses and deliver justice in many explosive and violent ways.

Huntdown looks a lot like a Mega Drive game on steroids and thanks to the epic movie man voice over is chock full of stereotypical 80’s action bravado and one liners.

Oh, it’s also a future where everyone seems to drive a 1970’s wedge shaped Lancia Stratos Zero too. Nice!

Seeing is believing so check out the awesome launch trailer. It looks awesomely retro right?

When Is Huntdown Out?

Don’t fret you don’t have long if you have to get the game.

Huntdown is officially out on the 12th May 2020 and will be on XBOX One, PS4, Switch and Windows and Mac OS so everyone can play it.

Will you be getting Huntdown? What do you think of the resurgence of retro inspired games? Let us know in the comments below.