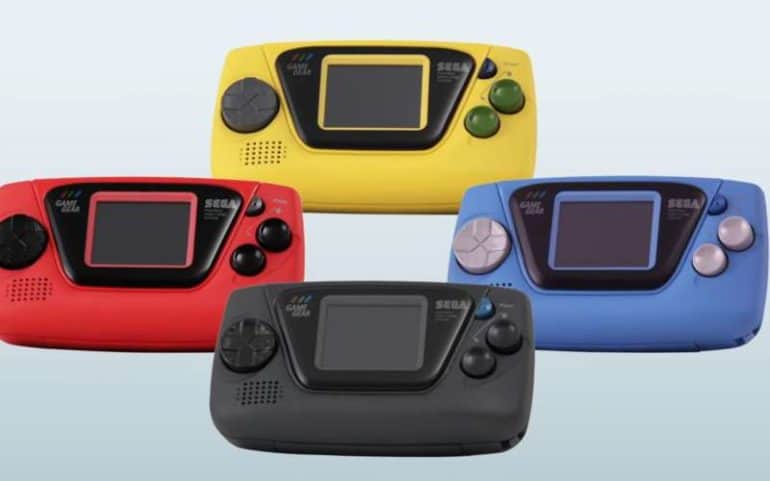 Sega has revealed a new range of hardware for retro collectors with the Game Gear Micro.

The Game Gear Micro is due out in October in Japan only at present and comes in four version, each with four different games and in four colour schemes.

The tiny collection of handheld retro consoles are priced at around $50 each and it really is small with a 1.15 inch LCD screen and comes in Red, Black, Yellow and blue colour schemes.

What Games Are Available On The Game Gear Micro?

Compared to other mini retro consoles the line up of games seems a tad small with only four games on each version of the colour handheld which was based on the same hardware as the 8-Bit Master System console.

The Black model which many 90’s kids will remember having or playing as kids will come with Sonic The Hedgehog, puzzle game Puyo Puyo 2, an RPG called Royal Stone and the Game Gear version of the classic arcade driving game, Out Run.

The red version come with classics Shinobi and Columns along with Revelations: The Demon Slayer and Megami Tensei Gaiden: Last Bible Special.

And finally the blue version has Sonic Chaos, Baku, Baku Animal, Gunstar Heroes and action adventure game Sylvan Tale which looks a lot like a Game Gear version of Zelda.

How Small Is The Game Micro?

The collectors device can be charged via USB or can run on two AAA batteries which is far better than the originals costly six AA battery set up that lasted a few hours at best back in the day.

The original Game Gear’s lack of staying power when it came to batteries meant it stayed in a distant second place compared to Nintendo’s all conquering monochrome Game Boy although it did much better than Atari with it’s Lynx 16-Bit handheld.

The tiny screen can be boosted with a magnifying screen add-on which is hilariously called ‘Big Screen Micro’ it also has a single mono speaker and a headphone jack.

Want to see it in more detail here’s the Japanese reveal trailer for it.

The release of the news coincides with Sega’s 60th anniversary celebrations and could this be the mythical new hardware that’s being doing the rumour rounds across the web with the biggest being Sega’s name being on the next generation XBox Series X console in Japan.

In all honesty while its cute looking most Sega fans (us included) would rather a Sega Saturn Mini or Dreamcast Mini announced instead of a Game Gear Micro.

Sega fans can only hope this is news for another time. What do you think?