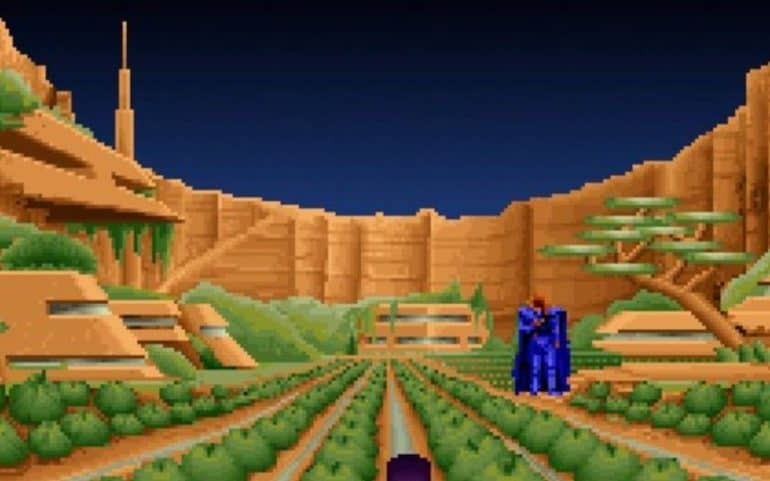 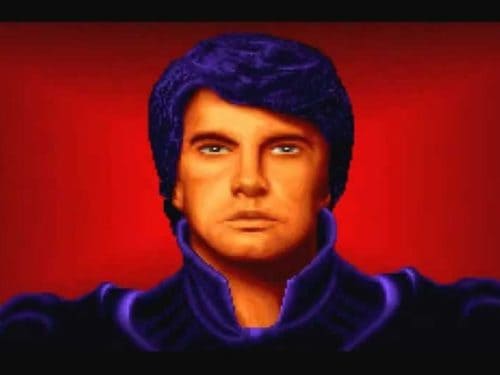 We’ll start this review off with a fact, Frank Herbert is a Sci-Fi genius. There…I’ve said it.

The depiction of the desert planet where the Spice Melange is found 10,000 years into the future leaves you wanting to go there and be in the thick of it all.

The David Lynch movie that came out in the 80’s was a great attempt at trying to squeeze in as many key moments from the book as possible.

For many, it didn’t do it justice (it did for me) but for fans at least we had a celluloid depiction of the world that Frank Herbert described.

The game of the book of the movie

So when it comes to a game of the book and movie they may have deviated from the plot a bit but it still makes for an awesome game, one that you could quite easily pick up and play today.

The world of Dune is a mysterious and enthralling place for the reader to be in and when Virgin brought out Dune on the PC way back in 1993 with an interactive adventure and strategy game melded into one and by golly, they pulled it off!

You play the part of Paul Atreides (who looks just like Kyle McLachlan from the movie).

Paul is the son of the Duke of House Atriedes and Paul have just arrived on Arrakis (the other name for Dune) as you now have the contract from the Emperor, Shaddam IV, to harvest the Spice that is only found on this planet.

However, you won the contract from your arch enemies, the Harkonnens.

If you fail the Harkonnens win and that’s a no, no for any self-respecting Atreides.

You start off in the palace in Arakeen, the capital of Dune and get introduced to your family and advisors from the offset where you are informed that there are some Fremen (the planets inhabitants) that you go to speak to at their Sietch (a cave dwelling that the Fremen to live in).

Get to the Orni!

You then set off in your Ornithopter (which is your main transport for a lot of the game) with your military adviser, Gurney Halleck to visit the Fremen and to convince them to work for you, initially mining the Spice that fuels the guild navigators to ‘fold space’ or in plain English travel across the universe instantaneously.

There’s quite a bit of resource management to do, you have quotas of Spice to mine from the Emperor which have to be met.

The Atreides adviser Duncan Idaho will be on hand to tell you how you’re doing here, all the while you’re flying off to places unknown, trying to find, and convince the Fremen to help you, who incidentally think Paul is some kind of messiah.

Take the planet back

Once you get your head around this (it doesn’t take long) and start building up some loyal forces, you then get to think of conquest and this is where you need to balance production with military training for the increases Fremen forces at your disposal and then you are doing both resource management and military conquest which does put on a bit of pressure later on in the game.

There are some key points in the game that open up new things to do and achieve, the plot is compelling and any player will really want to defeat the Harkonnens and help the Fremen achieve their goals of terraforming the planet and become the messiah they knew Paul to be in the first place.

I wanna ride the Sandworm

There’s a lot to do in Dune and if you like adventure games and strategy then you’ll want to either play this again or pick it up and give it a go, heck where else can you conquer a planet whilst riding giant Sandworms?

Dune also came out on the Amiga (no speech as it was on floppy disk) and Sega’s Mega CD (with speech) and is definitely one to pick up, especially if you’re a fan of the books.

They do deviate from the main plot of the books, it doesn’t matter too much as it makes it a better game to play overall.

Is Dune worth your time?

Has the game stood the test of time, yes, in the main it has,

The graphics are a bit blocky but the gameplay is there and that’s what counts!

The important thing is you do feel like you are on Dune and there are some great moments that only playing the game will give.

It’s an adventure on a global scale and feels like it too.

Dune (1993) – PC CD-Rom Retro Review
Is it worth playing again?
Dune is a game worth hunting down and playing again if you're a diehard fan of Frank herbert or if you like an interesting adventure with strategy elements. Overall it's still an immersive and enjoyable game with fantastic voice acting.
Graphics
65
Sound
90
Gameplay
85
Classic Factor
90
Reader Rating3 Votes
89
Good Bits
The voice acting is superb and gives it oodles of atmosphere
Great mix of adventure and strategy and the story progresses nicely throughout
Bad Bits
The Flying sections are a bit boring
Graphics haven't stood the test of time too well
83
Retroheadz Score