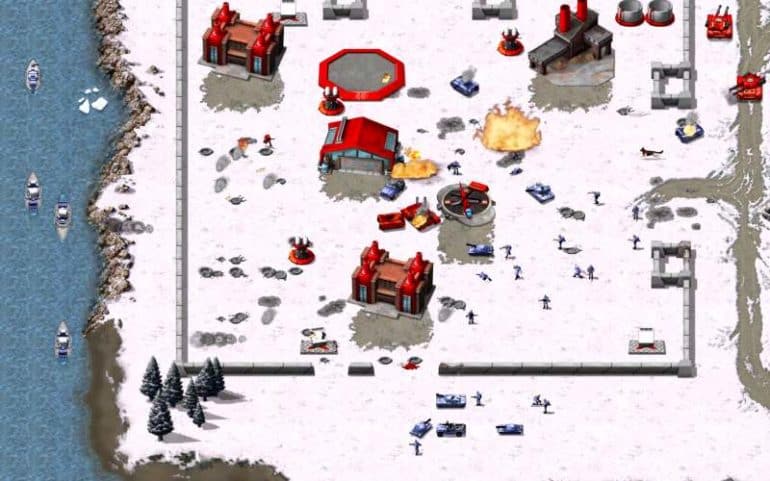 Command & Conquer, the legendary Real Time Strategy franchise is back with a remastered version of the original games and expansion packs.

The Command & Conquer Remastered Collection has over 100 levels as well as an updated online multiplayer and everything has been up-scaled to 4K for modern gamers from the full motion video cut-scenes to the in game graphics themselves although you can actually toggle between the original graphics if you want to,

Well there’s quite a bit to be fair not only do you get the original Command & Conquer Tiberian Dawn you also get the first Red Alert and their expansion packs which include Covert Operations, Counterstrike, and The Aftermath as well as the console only Spec Ops missions.

It also looks like some secret missions including what looks like the Giant Ants missions which were obviously influenced by It Came From The Desert are included and this is just the digital only version.

There will also be special physical releases from Limited Run Games that will include remastered soundtracks from the original WestWood composer Frank Kaplecki other cool bits including Art Books, Beanie Hats and a metal Mammoth Tank.

Want to see more? Here’s the official reveal trailer of what to expect.

How Much Will It Cost?

The digital only version of Command And Conquer Remastered Collection will be the cheapest and will be available on EA’s Origin and Steam.

There are two physical options as well, the Special Edition being $59.99 and the 25th Anniversary Edition coming in at a whopping $149.99, however you only have until April 10th 2020 to pre-order these.

Full details are available on the official website for Command & Conquer Remastered Collection.

Command And Conquer Remastered Edition is out on the 5th June 2020.

What do you think of the remastered version of Command & Conquer, will you get it, let us know in the comments below.