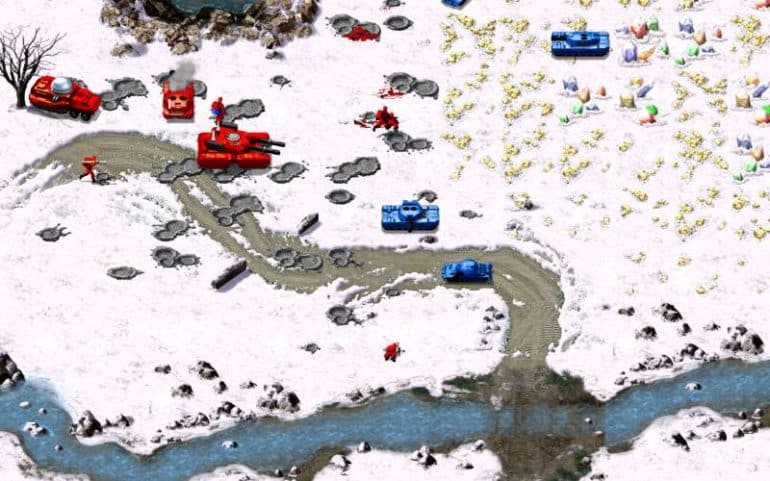 Command & Conquer fans will get to relive the original C&C and Red Alert including all the extra missions that were on consoles like the PlayStation when it finally arrives on PC in June 2020.

Naturally, these classic titles have a whole host of new features and enhancements including 4K graphics and remastered cinematics so for those that are itching to scratch their nostalgia itch and get the game on day one what are the PC hardware specs that are required to run and play Command & Conquer Remastered Collection?

If you’re running older hardware or not a massive gamer with a water cooled beast of a PC but want this game then this is what you need as a minimum to run the game.

As you can see processor wise its not too heavy so even an older laptop should be able to run it although it won’t be at it’s best. The 32GB of hard drive space is quite large but we presume this is to accommodate all the extra graphics files and extra features such as switching the graphics to 4K and map editors.

If you’re up to date or have a dedicated gaming PC then really your laughing as you should easily be able to run Command & Conquer Remastered Collection for those with less dedicated PC’s you might struggle on some requirements so will have to balance the settings out before playing.

Here’s the recommended specs for the game.

Now of course the better the graphics card you have the more you play the game in 4K and processor wise a first generation Ryzen 7 is all you need for the maximum sytem requirements so should be reasonably easy to run it at full pelt.

When is Command & Conquer Remastered Collection Out?

At the time of writing this article there are only three days to go until its released and pre-orders are still open on Origin where its only £17.99.

If you’d prefer to get it on STEAM then it’s the same price too.

We’d love to see a classic big box version, like the originals too but maybe we’re asking too much.

Overall we’re glad it coming and for die hard fans it will be a must have as it includes so much extra footage and information about the game’s history which alone should keep you busy for hours on end.

Are you excited for the release of Command & Conquer Remastered Collection? Let us know your memories and what you love about the series in the comments below.