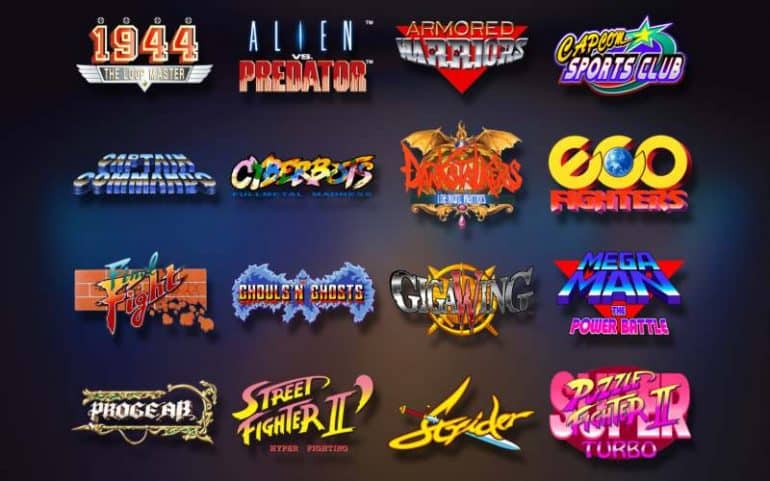 It seems to be retro heaven at the moment with the release of the Mega Drive Mini and the PC Engine Mini set to come out in March 2020 and now Capcom want you to part with your money for the Capcom Home Arcade and to be fair it’s mighty tempting.

What Is This Thing?

The Capcom Home Arcade is a dedicated two player Arcade Controller that comes with 16 built in Capcom games.

The cool thing about it is the games are actual arcade games, not home versions so are the real deal and it does look pretty awesome.

The joysticks and buttons are built in to the Capcom logo based design and are actual micro switched sticks and are the same quality as you’d expect to find on the arcade cabinets of old.

What Games Come With The Capcom Home Arcade?

Whilst 16 games doesn’t sound like a lot, they are all from the CPS1 and CPS2 line of Capcom arcade boards the full list is:

Now that’s a pretty good 90’s line up of arcade classics there and if you get it you’ll finally arcade perfect versions of some of the biggest arcade hits from Shoot ‘Em Ups to Fighting games.

Even classics like Final Fight and Strider are included which should evoke some serious nostalgia.

They’ve even made a trailer for it. Check it out.

How Much Does It Cost?

Yeah, this is definitely one for the hardcore gamer’s out there as its priced at £199.99 and will also have some competition from SNK with the recently announced Neo Geo Fighting Stick Pro offering a similar arcade game package.

However, if you are indeed one of those and love these games and miss the old days of being at the top of the Hi-Score board on your favourite game then don’t fret as it comes with Wi-Fi built in that connects to a global leader board for all you competitive players out there.

When’s The Capcom Home Arcade Out?

The Capcom Home Arcade is out on the 25th October 2019 so for the moment you can pre-order it on Amazon here if you want it as soon as it’s out.