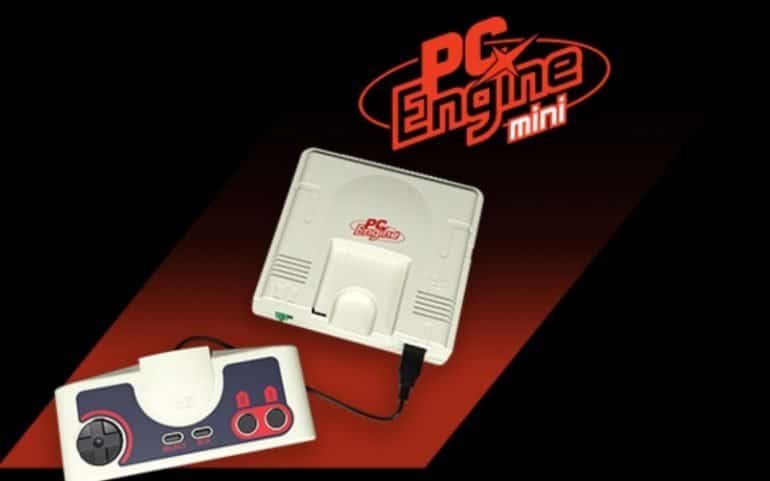 Konami have announced that they are bringing out the PC Engine (or TurboGrafx 16 stateside) Mini.

The PC Engine was launched back in 1987 and was at it’s core an 8 Bit machine with 16 Bit Graphics and was a rival to the Mega Drive and SNES and is part of the fourth generation of consoles.

It was a collaboration between electronics giant NEC and Hudson Soft and had quite a long life as well as being the first console to have a CD Rom drive back in 1988!

The PC Engine never saw an official release in the UK so many gamers back then brought it on import but magazines like Mean Machines gave it quite a bit of coverage which hyped gamers up no end.

However, it was hugely popular in Japan and France where it was imported in and sold in droves. In the US it was called the Turbografx 16 and whilst popular for a while got quickly overtaken by Sega and Nintendo’s 16-Bit machines.

What Games Are Coming With The PC Engine Mini?

At the moment only six games have been announced they are:

More games are to be announced and will hopefully include classics like Lords of Thunder, Bonk, Bomberman and as it’s Konami bringing it out, Castlevania: Rondo of Blood has to be on it as it’s stunning.

It would be great if they included some of the later PC Arcade games such as Fatal Fury 2 which used the Super Arcade Card to beef up the PC Engine but only time will tell.

It would be great to see CD only games from Konamu like the Cyberpunk adventure, Snatcher too.

As to how many games will finally be announced is unknown at the moment but hopefully it will be on par with the number of games that are coming out on the Mega Drive Mini (42) rather than the SNES Mini’s 21 games.

Oh and they’ve also released a trailer for it too. Oooh!

What Else Comes With It?

The PC engine comes with a reproduction controller and will also have screen options built in to add Scan lines to give it that old-school CRT effect that original owners grew up with.

Interestingly there is also Multi-Tap support for up to five players so we’d expect Bomberman to definitely be on the lineup as it was a huge hit on the PC Engine (it came out on it first).

When is the PC Engine Mini Out?

No firm dates have been revealed yet but we’d expect to see it out before Xmas 2019.

The question is what’s next? If CD games are on this then hopefully Sega will give us the Mega CD Mini next Christmas!

Will you be getting one? Did you have one back in the day? Let us know what you want to see on the PC Engine Mini in the comments below.