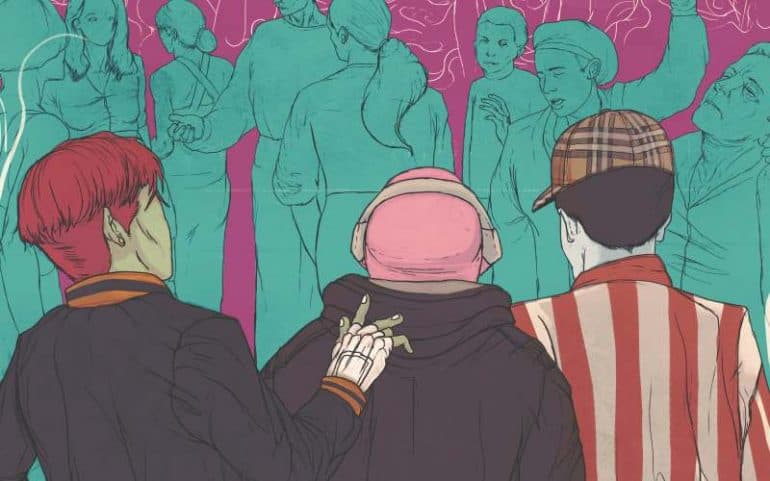 For Ravers in the UK outside the North East the Makina scene is one you love or hate.

However, we love it and in a simplified nutshell it’s basically a Spanish style of Happy Hardcore.

If you’re from the North East of England chances are you adore it and quite possibly went to clubs like The New Monkey and After Dark.

After this you probably then hit the record shops to buy the latest Makina imports from the likes of ADN Sound, Bit Music and Xque among many that were being released in its home base of Barcelona Spain thanks to pioneers like DJ Scott who brought these sounds alongside Italo Dance and German Hard Trance to the North East to create unique mix of styles that work together brilliantly.

This unique mix of music alongside MC’s who churned out the rhythms non stop gave the youth a voice and culture that is unique to the North East yet is familiar to all ravers across the UK at the same time.

Luckily for us Director and Producer Rob Kilburn from Tyne and Weird Productions has made a documentary about two of the most famous clubs that helped propel this music into a regional weekend party staple about the clubs beginnings, rise and fall.

Two Monkeys has first hand interviews with the people behind bringing this unique sound to the UK and the venues it were made famous in.

A Tale of Two Monkeys

Two Monkeys is a fascinating documentary focusing on two legendary venues, the Blue Monkey and the New Monkey.

For ravers everywhere it gives an insight to the whole scene and alongside the interviews there is tons of old nostalgic footage from the 90’s and 00’s of the parties in action.

If you’ve heard of the clubs and the music in question you’ll love this and if you have an interest in rave and youth culture then seriously give it a watch. It’s fascinating.

Want to watch the Two Monkeys documentary? You can do that right here. It’s just under 45 minutes long. Enjoy!

Were you there at these clubs or just enjoying the scene? What’s your memories of these clubs and what’s your favourite Makina tracks? Let us know in the comments below.

The Ultimate Rave, Techno and Hardcore Bangers From 1991