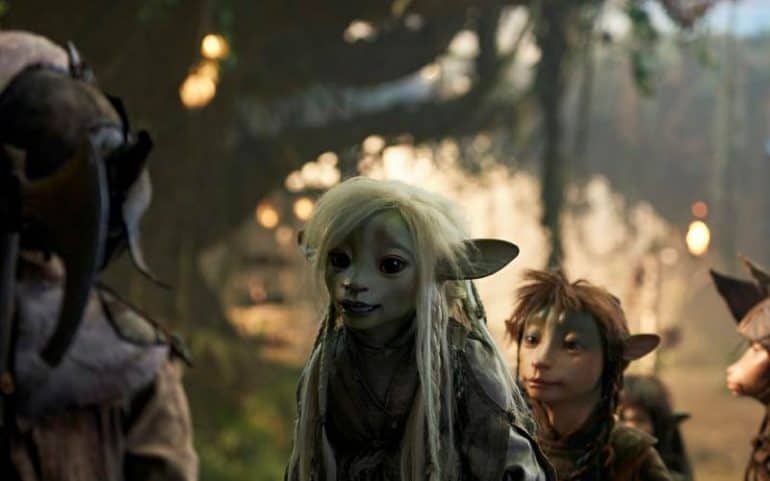 The Dark Crystal: Age Of Resistance Coming To Netflix

For many of us The Dark Crystal was a rite of passage when we were kids. In the 80’s we had puppets on TV and in movies and in the main they were fun and friendly.

However, the fantasy world created by Jim Henson, Frank Oz and Brian Froud was powerful, fantastical and scary compared to the TV puppets we all loved back then.

In case you’ve somehow missed out on the original movie, and how we have no idea, let us give you a brief overview.

The Dark Crystal follows the story of Jen, a Gelfling raised by a race known as the mystics.

Jen is believed to be the last of the Gelflings and he’s tasked with finding the last remaining shard of an ancient gem called The Dark Crystal.

The Gem once provided balance to the universe but when it split the evil race known as Skeksis took control of the land, plunging it into darkness.

Jen believes that he can restore balance by finding the shard and on his journey must come face to face with his fears and the possibility that all is not what it seems.

As kids we were all obsessed with the world created in the Dark Crystal and now we are finally going to be able to return to that sinister and magical land.

The Dark Crystal: Age of Resistance is a prequel series which will follow three Gelflings who discover the secrets of the Skeksis’ power.

Once they know the secret they set about starting a rebellion in the land of Thra to overthrow the Skeksis.

Now, obviously, this isn’t going to go well as we know that when the original movie starts the world is still very much in the Skeksis power.

Never the less this is set to be a visually stunning series which will take us back to our childhood dreams and we are seriously excited by the prospect.

Who’s in the Dark Crystal series?

Whilst the original Dark Crystal movie didn’t need and help from big actors, the cast assembled for this series is frankly immense.

Taron Egerton, Anya Taylor-Joy and Nathalie Emmanuel will provide the voices of the three main characters but the supporting cast is just breath-taking.

As if all of this wasn’t exciting enough fans of the original, as well as other Jim Henson hits such as Labyrinth, The Witches and of course The Muppets, will be pleased to hear that Director Louis Leterrier has stayed true to the original style, opting to use Puppets and real scenery instead of CGI.

This use of Puppetry should help the show to retain its wonder and magical feeling and we cannot wait to find out.

When is The Dark Crystal: Age Of Resistance on Netflix?

Perhaps the most important piece of information though is when and where?

All ten episodes of The Dark Crystal: Age of Resistance will premiere on Netflix on August 30th 2019 and will be an hour long each.

So that’s ten hours of brand new Dark Crystal, all we can say is Bring it on!

Are you looking forward to returning to the world of The Dark Crystal? Let us know in the comments below or over on the Retroheadz Reddit page.