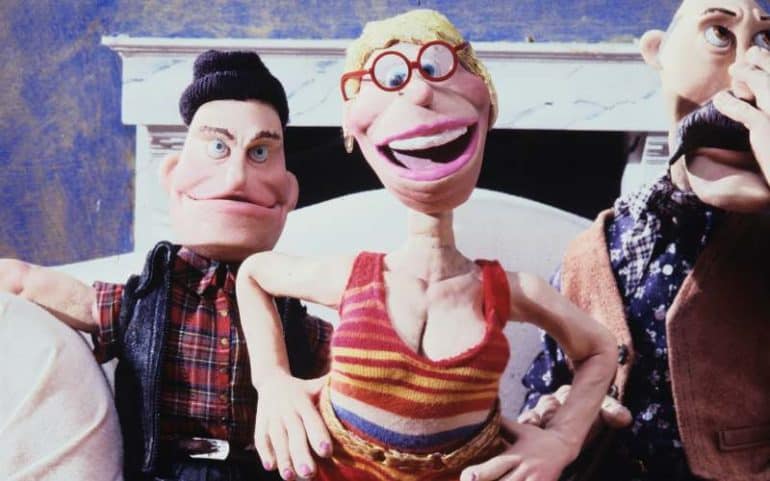 Take A Trip Back To Channel 4’s Crapston Villas

Crapston Villas will be fondly remembered by some but let us set the scene.

Cast your minds back to 1995 if you can and imagine that it’s Friday night.

You’re tuned in to Channel 4, because what else would you be tuned into at the time?

Suddenly you’re faced with a stop motion animation that looks both grim and hilarious.

The characters on the screen are vile and the stuff coming out of their mouths is pretty gross for the time.

Ladies and Gentlemen you have discovered Crapston Villas.

What Was Crapston Villas About?

Crapston Villas was set in a London tower block in the fictional area of SE69.

The residents were all typical stereotypes and inner-city clichés amplified to the very worst of their traits.

In every episode they would have to overcome various dilemmas such as finding a lodger, infidelity, losing your drugs, squatters or being mugged.

These dilemmas would usually be resolved in the most farcical or offensive way possible adding to the comedy factor massively.

Who Were The Characters?

Crapston Villas was home to a whole host of characters, most of whom were highly offensive to the stereotypical groups they represented.

You had Jonathon an out of work “intellectual” who claims to be a writer but actually just lies on the sofa smoking all day and trying not to kill himself.

Sophie, a teacher who works to keep a roof over her head and loathes her lazy partner Jonathon.

Flossie, their lodger who’s a clueless bimbo and wannabe actress whose boobs are always falling out.

Woody, a teenage metalhead who smokes weed and has a vast collection of “lads” mags.

Sam, his kid sister who’s always pranking people in ways that the police and social services would need to know about.

Marge, their mum who’s at breaking point with her kids as well as her mum that lives in their flat.

Enid, Marge’s mum who has Parkinson’s, still thinks it’s the war and has a painkiller addiction.

Robbie and Larry, the gay couple upstairs who always dressed like Bros.

Finally, there was Fatso the Cat who was always being sick, pooing and spraying the place.

Why Do They All Sound Familiar?

The voice cast for Crapston Villas was impressive and included some real comedy greats.

Was Crapston Villas Any Good?

The show often came very close to the bone with regards to its social commentary but it was always done in a way that was funny.

The humour was, perhaps, somewhat childish and crude but there’s nothing wrong with that in our book.

It ran for a total of three seasons before being cancelled to make way for South Park in the scheduling.

The episodes were only ten minutes each as well so you can binge the entire thing pretty quickly.

Is Crapston Villas Worth Watching Again?

We’re not going to lie, it has dated badly, that said it’s definitely still fun and if you have no issues with sex, violence, drugs and social commentary then we say go for it.

We’ve re-watched all three seasons recently and they really are still hilariously vulgar in the best way.

All three seasons are available to stream on All4 as well so even better, you can watch them for free.

If you’ve watched it before then you know what to expect and if not then give it a go and enter the stomach-turning world of Crapston Villas.