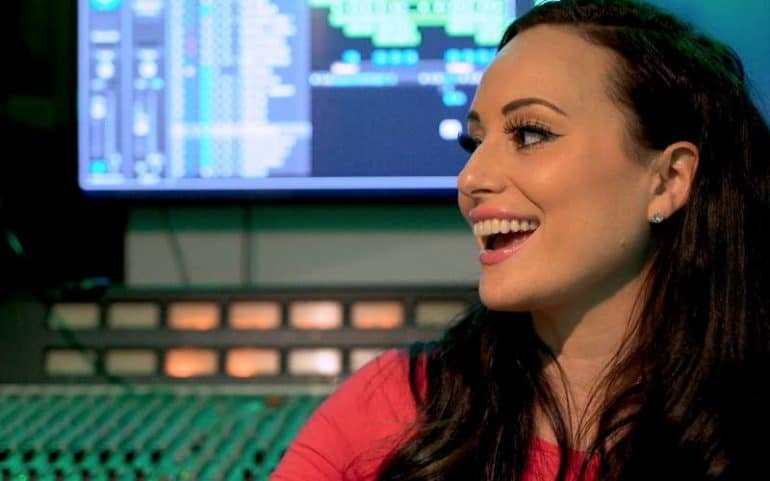 If you were a raver in the ‘90s or early ‘00s then you will know the name One Nation.

Probably the biggest promotion in Drum & Bass history, One Nation changed the rave scene forever with its groundbreaking productions and concepts.

The name lives on in legend but now you can get a glimpse into the world of One Nation and it’s founder Terry Turbo thanks to United Nation: Three Decades of Drum & Bass.

One Nation, One Tribe

This documentary promised to bring us the history of Drum & Bass but instead focuses solely on One Nation and it’s meteoric rise to the top.

There are also interviews with plenty of the One Nation team including their legendary security team and other key players.

You get a great insight into the brand that you’ve never seen before.

It starts with Terry Turbo talking about his first raving experience and finishes with why he decided to retire from One Nation before selling the brand to Dreamscape.

You get a real feel of the atmosphere of the events with plenty of live footage from many of their nights which lends great authenticity to the documentary.

Where previous documentaries on the history of rave have often talked about drugs and the culture in a controlled way United Nations breaks that apart.

A lot of the artists interviewed discuss their drug experiences or lack of them, and it doesn’t feel preachy.

Later in the film drugs become a major player as the good times threatened to turn sour as Ecstasy culture made way for Cocaine and Crack.

This brought in gangs, violence and guns.

In fact, they aren’t at all shy about discussing this shift and how they dealt with it.

Without spoiling things they essentially fought fire with fire and it was fascinating and more than a little depressing to hear some of the events that took place.

The DJs discuss having guns pulled on them and so do the security and Terry Turbo himself, all of which led to the end for him in clubland.

It was also interesting to hear how this change coincided with the rise of the MC culture.

As the bravado, bling and cocaine culture from UK Garage started to take over.

Grooverider admits that it all got a bit much when you had multiple MCs on stage and you couldn’t hear the music anymore.

He also tells a story of how he used to just unplug the mic if they wouldn’t compliment the music and let it talk, something he still does apparently.

In fact, there are some refreshing quotes from many DJs on this subject as well as many other controversial topics in the dance scene.

Sync buttons, mobile phones and collaborating with pop artists all get a look in.

“It’s much better to see a sea of hands in the air instead of a sea of mobiles taking selfies, it’s ruined the vibe”

It’s definitely nice to hear when some of the biggest names in the business agree with you.

The documentary is filled with top quality D&B, as you would expect, from the likes of DJ SS, Marvellous Cain, Top Buzz, J Majik and Adam F.

The vast majority of the soundtrack is actually provided by Adam F which is a surprise when it documents thirty years of a genre but it’s certainly no bad thing.

We certainly look forward to the soundtrack being released, or maybe that should be we really hope that it is released.

The one really interesting aspect with regards to the music is how the DJs discuss their change of approach once the MCs took over.

This led to more instrumental tracks which ultimately changed the sound of the tunes they produced creating the classic Drum & Bass sound.

Whilst this all sounds good on paper there are some downsides to the documentary which should be mentioned.

First up the title is a bit misleading so don’t go into this expecting an education on the history of Drum & Bass.

You won’t learn much if anything as barely a tune name is mentioned and not much of a nod to its true origins either.

In actual fact, you won’t even learn much about the history of One Nation to be honest.

The basic set up is legends from the scene saying how great One Nation was.

There’s nothing wrong with that, it’s just a shame they didn’t focus more on the events themselves as opposed to the general feeling at the time.

Even when discussing their first event they don’t even mention the year it happened.

Also, some of the editing is a bit off in places with muffled mics and music levels dropping out.

The eagle-eyed amongst you might even notice one clip where a DJ is digging through a bag of vinyl, only it’s a full bag of Happy Hardcore so guessing that wasn’t shot at One Nation.

That last point is me being very picky.

So, are those negatives enough to stop you from watching it?

Absolutely not, this is an important look into one of the most legendary rave organisations that ever existed.

If you missed out on the scene back in the day and never believe what the “oldies” are always telling you then this documentary proves it.

It isn’t perfect by any means but it’s an enjoyable trip down memory lane laced with details that give further depth and insight to the story of D&B.

All in all, this is a must-watch for any Drum & Bass fan whether they were there at the beginning or grew up listening to Pendulum.

It’s a history that needed to be told, it just left us wanting a bit more.

One last thing that’s worth mentioning is a bit of spoiler so stop reading if you like but the documentary ends on an exciting prospect.

Before driving off screen Terry Turbo talks about how he misses it and more than hints that there could be one more event in the future.

If this is true and it happens then that will be huge for the D&B scene and something that would no doubt be a massive event.

United Nation: Three Decades of Drum and Bass is available from 21st February in cinemas and on all digital platforms and Sky Box Office.

United Nation: Three Decades Of Drum & Bass Review
Is it worth watching?
A must for any Drum & Bass fan wanting to know more about the scene.
Good Bits
Fascinating Interviews
Great rave footage
Bad Bits
Not enough music history
Some poor sound in places
72
Retroheadz Score