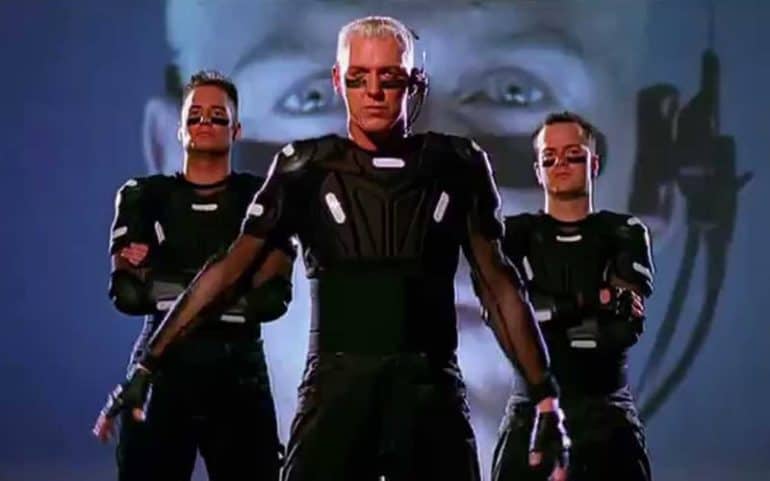 Scooter are a much-maligned group. Often hated by the underground and made fun of by the commercial scene they cut a controversial figure in the world of dance music.

A large part of that ridicule comes from their front man MC HP and his often ridiculous, yet thoroughly entertaining lyrics.

Now don’t get us wrong, we love Scooter here at Retroheadz HQ and MC HP is an absolute legend.

Yet for some completely unknown reason he often just recites lyrics from old classics or shouts about “Dave from Sheffield” or “How Much Is The Fish?” But he’s a great front man none the less.

Allow us to change your minds.

What a lot of the haters may not realise is that behind all this they have written some absolutely awesome tunes that deserve to be heard.

Many of them should have been classics on the underground rave scene and were it not for the name attached to them, they would have been.

With this in mind let RTetroheadz take you on a trip to discover the best Scooter tracks that don’t feature MC HP and prove that they are far more than the novelty act you might think of Scooter as.

Note. Whilst some of these do have vocals they are sampled as opposed to being performed live.

Taken from 1995’s …and the beat goes on! Beautiful Vibes is a classic Hardcore roller.

Excellent breakbeats, a fantastic piano and a chipmunk vocal that has 1995 written all over it. How this wasn’t caned at the raves is beyond us.