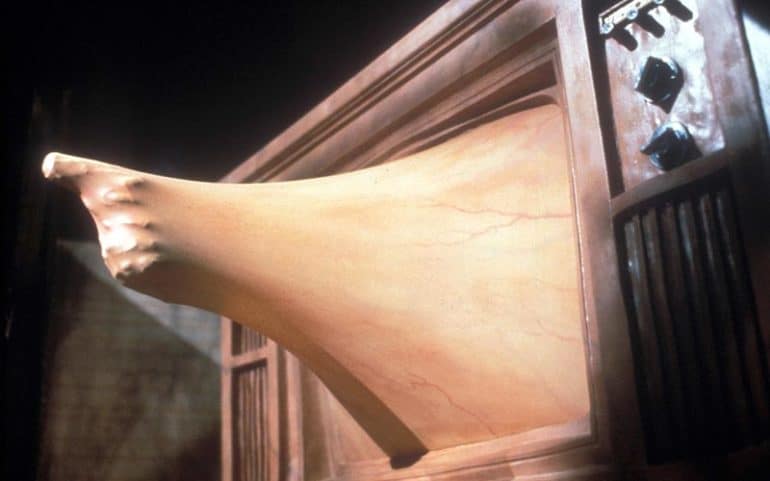 Pumpkinhead is a classic revenge horror complete with a grotesque monster.

Ed Harley seeks revenge after his son is killed by a teenage gang in a motorcycle accident. He goes to see a witch who says she cannot resurrect his son but can give him revenge, at a price.

That price is that he has to witness the killings of the group through the eyes of the creature Pumpkinhead.

This really is 80s horror at its best.

A writer goes to live in his dead aunt’s house after she hangs herself. He is, of course, a horror writer and starts his new book in the house.

Soon he starts to have nightmares and the house starts to attack him.

There’s a monster in the closet and flying garden tools before a portal opens up in the bathroom mirror.

House is equally as hilarious as it is scary and that makes it a must-watch for us.

Set ten years after the Great Tomato Wars, Return of the Killer Tomatoes an evil scientist named Professor Gangreen aims to bring back the killer tomatoes and reek havoc on the United States.

Sounds utterly ridiculous? Of course it does and what’s not to like?

Giant Tomatoes attack and eat people whilst a boy named Chad and his friend Matt, played by George Clooney, have to stop the new outbreak.

Even more ridiculous is that that new clone tomatoes are created with music and they take on the traits of whatever music is used.